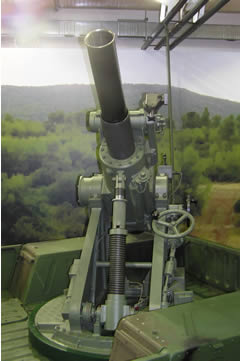 AM General displayed at Defendory 06 two configurations of a HMMWV (Humvee). One was designed specifically for the Greek Army, with a protection suite developed and manufactured by Plasan Sasa. Two versions are produced, the standard utility vehicle and the higher version, designed to carry communications gear and provide various mobile services. The other, also an Israeli implementation, uses a flatbed version mounting a derivative of the Cardom 120mm low-recoil mortar designed by the Israeli company Soltam. The mortar uses a unique base which dampens the firing loads generated by the mortar, therefore enabling the vehicle to endure the firing without special modifications. Prior to the firing, the crew will deploy two support arms which assist with the alignment of the platform and mitigation of the firing loads. 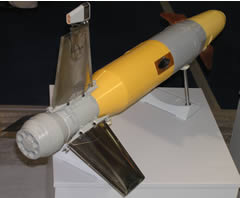 Greece is already operating several types of anti-tank / multi-purpose missiles, including the vehicular mounted or man portable TOW, Milan and AT-4 Spigot, but its most modern guided weapon is the AT-14 Kornet-E missiles produced by KBP. At Defendory, KBP highlighted the latest version of the Metis M1 (also known as AT-13). This portable anti-tank weapon is positioned as follow-on to the AT-4. The Kornet missiles were also displayed on a modified version of the VBL light patrol vehicle, fitted with the Kvartet four missile target acquisition/launcher system.

Greece is also operating the Hellfire II missile with its AH-64A helicopters. Further delivery of 12 AH-64Ds is expected next year, to be augmented by anti-tank and bunker busting versions of the Hellfire II missile. The Russians also promoted rocket systems and air defense weapons, considered to be follow-on to those currently in service. Among these were Slepok-1 automated command and control system of Smerch 300 MRLS brigade. Greece is also planning to add a battalion (eight units) of self propelled truck mounted artillery guns (155mm) these vehicles will be procured in addition to the 24 PzH2000155/52 tracked SP howitzers already supplied from Germany.