Last Monday, 79 year-old Egyptian President Hosni Mubarak announced his readiness to begin a national nuclear program, but carefully emphasizing it would invoke the United Nations’ International Atomic Energy Agency watchdog and “international partners”, when describing his plans for “several” nuclear power stations.
“We believe that energy security is a major part of building the future for this country and an integral part of Egypt’s national security system,” said Mubarak, adding that the civil program would work “within a framework of transparency and respect of commitments to the nuclear non-proliferation system.”

Strangely, Israeli media was noticeably quiet next day and the following, even after Mubarak announced his plan to build nuclear power plants – a proposal heralded in the Egyptian press as a major national project. Nor was there any comment from official sources in Jerusalem. Analysts believe that a new pattern is shaping in Sunni Arab nations, expressing growing interest in so-called nuclear programs, allegedly for “peaceful requirements” due to the spiraling oil prices, but the main focus seems to be Shi’ite Iran’s determined nuclear weapons ambition, which is already haunting Sunni Arab nations in the Middle East and not only in this region itself.

President Mubarak’s announcement just one week before his National Democratic Party’s conference is regarded as no surprising coincidence. Used as a means to bolster the president’s flagging popularity, since the Moslem Brotherhood managed to strengthen its power in Parliament (thanks to President George W Bush’s catastrophic “democratization” policy), Mubarak needs everything in the book to strengthen his image in the eyes of his public. There can be no better way to achieve this by a dramatic declaration on such a highly prestigious national project. That this issue is very much ‘en vogue’ these days in Cairo seems to stem from Mubarak’s son Gamal’s call last September revealing plans for an Egyptian nuclear program – a call that reversed a policy by shelving such plans as a result of the 1986 Chernobyl accident. Incidentally, Gamal Mubarak’s 2006 speech also took place around the time of the party’s convention.

While Israel should of course be carefully monitoring these developments, but publicly is saying nothing, a nagging thought must be bothering the Israeli intelligence community, what could happen to Egypt’s new nuclear technology if, for instance, Islamic radicals took power or, if the 1969 Peace Agreement should then be cancelled under much different strategic circumstances? Being an issue of real concern, but certainly not one which is being discussed publicly by Israeli decision-makers it remains, this certainly remains a big question mark!

In March 2004, US and British intelligence officials reported on evidence found that Libya traded nuclear and missile expertise with Egypt. It appeared that Egypt could been using Libya as a way-station for obtaining nuclear and missile technology and components from North Korea. Earlier, in 2002, Egypt denied US allegations that Cairo was conducting secret missile and WMD trade with Libya. The allegations were based on CIA satellite photographs.

In January 2005, the head of Mossad, Meir Dagan, warned the Knesset Foreign Affairs and Defense Committee, that there were indications on several Middle East states other than Iran – including Egypt and Syria – working at varying stages in development of indigenous nuclear programs.

Days after, former Mossad chief Ephraim Halevy expressed fears that Syria, Egypt and Saudi Arabia might have acquired some kind of nuclear capability via an illicit weapons trafficking network run by Dr Abdul Qadeer Khan, the chief architect of Pakistan’s nuclear bomb. Israeli military sources recently told The Jerusalem Post that, thanks to Khan, one of those three Arab states now has the potential to achieve a “significant nuclear leap.”

Since the early Eighties, Egypt is the annual recipient of about $2 billion in aid from the U.S. foreign assistance program, and this year the Bush administration has agreed to increase the amount to $2.3 billion. The United States had expressed concern about reports that Egypt has a secret uranium research program and said it supports further investigation by the International Atomic Energy Agency (IAEA). Indeed, the UN nuclear agency also claimed in its recent report, that Egypt might have conducted secret nuclear experiments in violation of international non-proliferation treaties.

Egypt previously had obtained technology directly from Pyongyang, intelligence officials said, but the U.S. blocked a shipment of missiles in 2001. Nevertheless, the House subcommittee on terrorism learned a year later Egypt received 24 No-Dong missile engines from North Korea. These reports emerged following the dramatic changes in Libya’s strategy, when Muammar Qaddafi allowed western experts to visit his secret weapons locations. When experts from the United States and the International Atomic Energy Agency (IAEA) came upon blueprints for a 10-kiloton atomic bomb in the files of the Libyan weapons program earlier this year, they also discovered some disturbing documents, pertaining to sofar suspected, but not proven intelligence rumors. The documents also confirmed U.S. suspicions of secret trade between Cairo and Tripoli in strategic weapons obtained from North Korea.

On the evidence found the experts gained new appreciation on the audacity of the rogue nuclear network led by the notorious Pakistani nuclear scientist Dr Abdul Qadeer Khan. Intelligence officials had watched Dr. Khan for years and suspected that he was trafficking in machinery for enriching uranium to make fuel for warheads. But the detailed design represented a new level of danger, particularly since the Libyans disclosed that he sold them $100 million worth of nuclear gear. Among documents seized in Libya, Investigators learned, that Dr Khan had traveled extensively throughout the Middle East and among others, secretly visited Syria, Saudi Arabia and Egypt, on what they believed were business trips, either to buy materials like uranium ore or even sell atomic goods.

American intelligence officials had Dr. Khan under surveillance for nearly three decades, since he began assembling components for Pakistan’s bomb, but apparently missed some of his crucial transactions and secret negotiations in the Middle East.
The Libyan findings further cooled the already straining relations between Washington and the United Nations atomic agency and its director general, Mohamed El-Baradei, whom they are trying to replace this year.

Ever since Egypt first came to perceive Israel as having launched a nuclear program, and later (some time in the early 1970s) as having most likely crossed the nuclear threshold, Egypt has been struggling to come to terms with the regional implications of this development.

Dominating Egypt’s efforts over the past decades is its pursuit of an intense and ongoing diplomatic process to bring Israel to sign the Non Proliferation Treaty (NPT) and place its nuclear facilities under the IAEA safeguard regime. Egypt’s own nuclear program is a delicate balance of championing nuclear nonproliferation in the Middle East, developing civilian nuclear industry to address its economic and electricity needs, while at the same time seeking some guarantee of security against the Israeli nuclear threat.

At the center of Egypt’s nuclear program is the Inshas Nuclear Research Center in Cairo. Inshas hosts a 2-megawatt, Soviet-supplied research reactor that started in 1961 and runs on ten-percent-enriched uranium fuel. The reactor was shut down for renovation during the 1980s, but started up again in 1990. In 1992, Egypt had signed a contract with Invap, Argentina’s leading nuclear organization, to build a 22-megawatt research reactor at Inshas. According to statements by an official at Argentina’s embassy in Washington, DC, construction began in March 1993.

Egypt’s Nuclear Materials Authority has directed uranium exploration to concentrate on four areas in the eastern desert: Gabal Gattar, El Missikat, El Erediya and Um Ara. A new uranium-bearing area, Gabal Kadabora, has been discovered in the central eastern desert and is now under evaluation. Egypt has not in the past and does not presently appear to be aggressively pursuing nuclear weapons, however a recent increase in calls by military officers, government officials, and scholars to develop an Arab deterrent to Israel signals a growing frustration with what it perceives to be the international community’s double standard regarding nuclear proliferation in the region.

Statements made by high-level Egyptian officials and various media reports overwhelmingly target Israel as Egypt’s major concern in the nuclear realm. Embedded in these latest statements, however, are clear hints of Egypt’s broader regional considerations, which make its agenda on nuclear issues more varied and complex. Egypt is particularly concerned how nuclear development and potential proliferators in the Middle East impact on its own regional prominence.

Looking at what has happened more recently with India and Pakistan since they became declared nuclear states, Egypt could conclude that the implications of going nuclear might not be that serious, especially in light of American-Pakistani cooperation since September 11. In this context, Egypt will most likely be very interested in U.S. policy toward North Korea and dealing with Iran’s nuclear ambitions.

The Egyptian leadership has not closed the door on the atomic option altogether. The most prominent of these came from President Hosni Mubarak. In an interview with the London Arabic-language daily Al-Hayat in early October 1998, Mubarak said: “We do not think now of entering the nuclear club because we do not want war… We are not in a hurry. We have a nuclear reactor at Inshas, and we have very capable experts. If the time comes when we need nuclear weapons, we will not hesitate”. 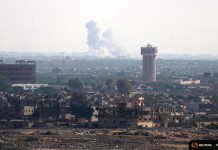 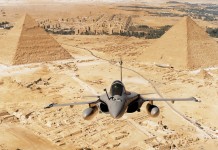