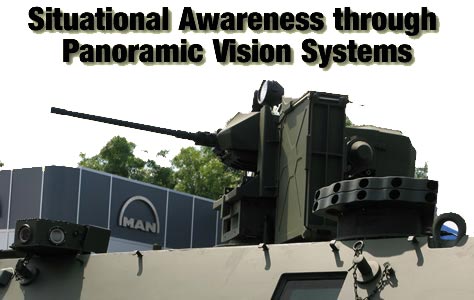 Creating an effective situational awareness for crew members of an armored vehicle operating with closed hatches poses a major technological challenge. Modern armored vehicles are provided with new omni-cameras and image processing systems to open a ‘virtual window’, enabling the crew members to view the area around their vehicle, monitoring all movements around them and respond to suspicious activities that might put them at risk.

Eurosatory 2008 provided the venue for many electro-optic (EO) developers, to introduce panoramic and peripheral imaging systems offering such capabilities. An example for such devices is the Situational Awareness System (SAS) offered by Rheinmetall Defense. It is provided in modular elements, each covering a 180 degree field-of-view, with a vertical arc covering 60 degrees. The system generates a complete situational picture, covering 360 degrees with high resolution cameras (operating ‘mega pixel’ type sensors). A similar system was unveiled by Sagem, designed as ‘pivot’-mount on each of the vehicle’s corners, providing full panoramic coverage of the surrounding area. The cameras are positioned at different angles to extend spatial coverage to the maximum, both horizontally and vertically. 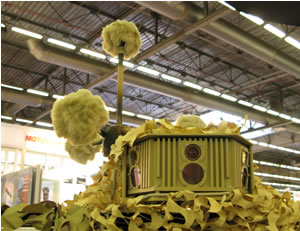 FLIR Systems is offering a similar panoramic vision system, based on thermal sensors. WideEye II covers a 180º field of view, improving situational awareness for vehicle crew safety and threat detection. Two WideEyes can be coupled together for full 360º situational awareness. As a networkable device, WideEye can also be used with mid-or long-range camera in a “slew to cue” configuration automatically pointing other sensors or platform to points of interest. 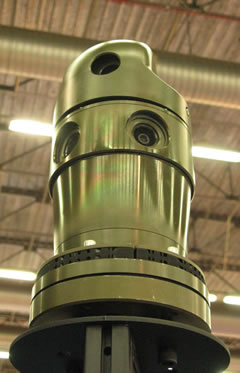 A different concept of panoramic vision system is the latest version of the Omni-Directional camera (ODR) from Israel’s ODF Optronics. This device was also introduced at Eurosatoey 2008. The latest ODR uses six high resolution cameras, scanned simultaneously to create continuous 360 degree coverage, processed by powerful digital signal processors developed by ODF for this application. The new design enables the crew to monitor the entire area in high resolution, seamlessly zooming-in to explore targets of interest. The system retains the directional camera pedestal, which was used to provide the high resolution image in previous models, mounting an uncooled thermal imager instead, thus providing day and night capability with a single system.

Selex Galileo from the Finmeccanica is offering the EZIVIEW under armor compact vision system, injecting images from the vehicle’s sensors (such as driver’s thermal sight) to be viewed on the periscopic vision block. EZIVIEW enables the driver to drive in forward-and reserve under full speed, day or night whilst remaining covered. When unused, the system can be pivoted away to retain normal use of the blocks. The system has built-in potential for up to four sensors inputs. FLIR Systems has also introduced a ‘driver assistant’ thermal-viewing device called PathFindIR, covering a field of view of 36 degrees, looking beyond the reach of the vehicle’s headlights, detecting and indicating suspicious activities (ambush, IEDs, obstacles etc). The system is in high volume production for the global auto industry while a similar system can be fielded for military use. 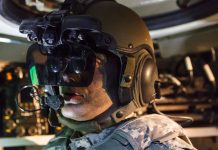