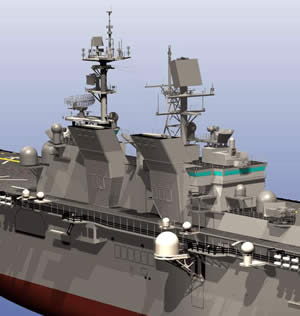 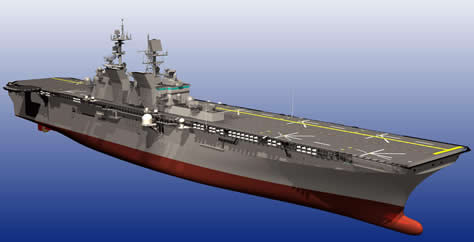 Northrop Grumman received a $2.4 billion construction order from the US Navy, for the detail design and construction of a new amphibious assault ship, LHA 6. Work will be performed primarily at the company’s shipyard in Pascagoula, Miss., and ship delivery is scheduled for 2012. The LHA-6 class is the successor of the Tarawa class (LHA 1 commissioned in 1976) currently in service. Northrop Grumman has built five LHAs as well as seven USS Wasp (LHD 1) class ships. The Pascagoula shipyard is currently building an eighth LHD, Makin Island.

Like its predecessors, it will be able to operate as the flagship for an expeditionary strike group. Ships of this type may also play a key role in the Maritime Pre-Positioning Force (Future). LHA 6 design modifications optimize aviation operations and support activities. Removal of the well deck provides for an extended hangar deck with two wider high bay areas, each fitted with an overhead crane for aircraft maintenance. Other enhancements include a reconfigurable command and control complex, a hospital facility, additional aviation fuel capacity, and numerous aviation support spaces.

These changes equip the ship to be an integral part of joint, interagency and multinational maritime forces. It will be configured to support landing force elements as well as various naval amphibious command and control and support organizations.