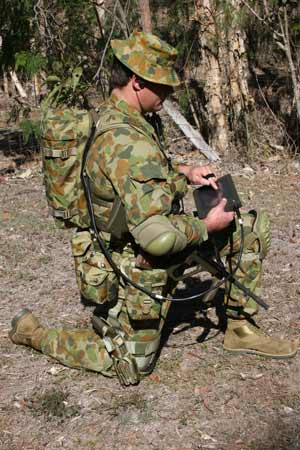 Elbit Systems was awarded a major contract for the supply of command, control and communications system for the Australian Defence Forces over a period of three years. The value of the new contract is over US$298 million. The Israeli company has been selected by the Defence Materiel Organisation (DMO) following a world-wide competitive open tender. The Harris corporation has also announced it has won A$132 Million to provide radio communications systems for the Australian Military.

“The introduction of this new capability which will increase the ADF’s battle space awareness, automate combat messaging and assist in the successful conduct of operations,” said Greg Combet, Australian Minister for Defence Personnel, Materiel and Science. “Importantly, this capability will significantly reduce the possible risk of casualties resulting from friendly fire. Under the new program, known as LAND 75/125 program, Elbit Systems will provide the next generation of command, control and communications capability to elements of the Army, Special Operations Command and the Air Force’s Combat Support Group. As part of the program the company supply and integrate the new tactical networking, command and control systems supporting Australian Army battle-groups. This high priority acquisition will assure improved protection and coordination for Australian Defence Forces personnel, allowing missions to be carried out more efficiently, safely and effectively.

“The Battle Group And Below Command, Control And Communications System (BGC3) will assist Army in achieving the Defense network centric warfare milestone of a networked brigade in 2012, with state-of-the-art battle management and terrestrial communications systems.” Comber added. The new capabilities will also support the Royal Australian Air Force to reach longer-term milestones of a networked combat support force by 2016.

The Battle Group and Below Command, Control and Communications (BGC3) system comprises a Battle Management System (BMS) for soldiers, Vehicle Mounted Commanders and Headquarters/Command Post Staff. BGC3 will enable the Australian Army to achieve a major portion of its goal of operating a ‘networked brigade‘ under an all-connected ‘network centric warfare’ type of operation. As part of the new program, communications systems will be integrated into over 1,000 vehicles and supplied to equip more than 1,500 soldiers. Through the automation of combat messaging, and delivering improved situational understanding and control to field commanders, a networked battle group will be able to operate more effectively and decisively, while improving operational safety by reducing the risk of casualties resulting from friendly fire.

Under a separate contract awarded in parralel to the BGC3 award, the Harris Corporation will deliver advanced communications equipment to the Australian Army and Air Force, as part of the ‘Battlespace Communications’ acquisition program supporting the ‘networked brigade’ by 2012. The Royal Australian Air Force to reach longer term milestones of a networked combat support force by 2016.

The radios to be supplied by Harris will offer secure, interoperable voice and data communication among Australian forces and with other coalition partners. The new radios will also support increased battlespace awareness at the Brigade level and above. The contract is worth up to A$135 million.