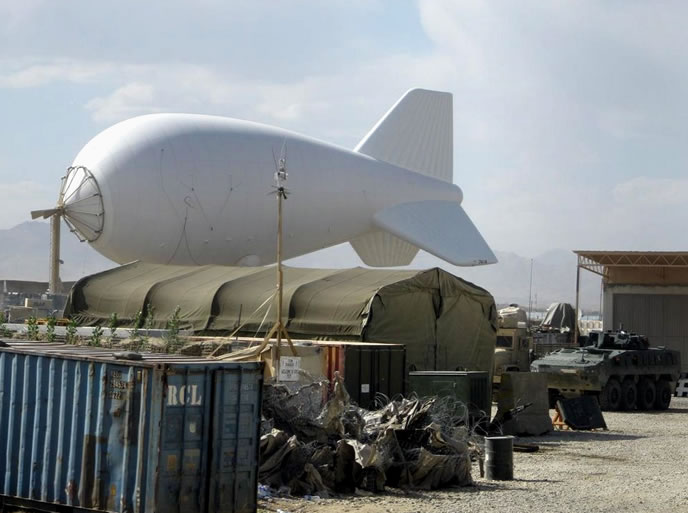 In the lead-up to the summer fighting season in Afghanistan, the Defense Department is planning to dramatically increase the number of aerostats to be used as persistent sensors over key operating areas.

The military has been using elevated, line-of-sight cameras as part of its intelligence, reconnaissance, and surveillance counterinsurgency tactics, but these sensors provide only a brief, ‘bird’s eye’ of the scene. Aerostat-borne cameras augment the UAV with persistent capability.

The aerostat has a deterrent factor over potential adversaries and develops a sense of security among the population, as it watches the area with an unblinking eye constantly watching areas of suspected insurgent activity. According to Ashton B. Carter, Undersecretary of Defense for acquisition, technology and logistics, the number of aerostat-based, line-of-sight sensors could be increased dramatically, ‘as much as twentyfold’ during the summer of 2010, in an effort to improve security in Southern Afghanistan.

In addition to significant cost saving, compared to an unmanned aerial system, the aerostat also provides other benefits – persistence, and better bandwidth utilization, since part or all of its communications can be conducted over the tether cable.