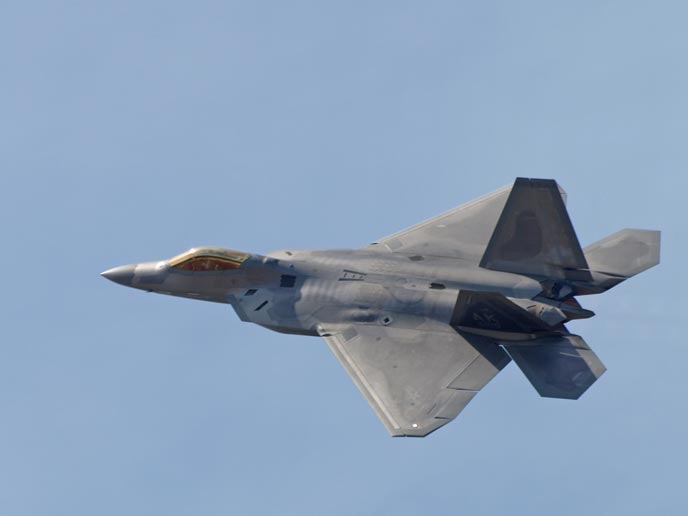 Our first impressions from the Farnborough AirShow this year are that short termed, urgent requirements, have finally reached the air forces, traditionally known for their long term visionary and meticulous planning processes.
The recent conflicts fought at high profile, in Southwest Asia and Iraq, leave the military with minimal tolerance for error and, under these circumstances, they want everything right now and at the lowest cost.
With the absence of a major enemy, western air forces tend big ticket spending on buying new aircraft, while dragging procurement decisions on almost everything that does not directly support current combat requirements.

Fighter aircraft development and procurement programs are only one symbol of this trend. With a single, next generation fighters dominating the market for the foreseeable future, and the apparent commitment to buy few thousands F-35s over the next decades, the options open for air forces drill down to two – act now or wait and see. Some have already made their choices. The Canadians have recently decided in favor of the next generation fighter, as well as the Australians and British, but firm orders for production quantities are still pending. The U.S. Marine Corps are the most desperate for the new fighter, and the new accelerated test plan, currently underway, seems to brighten the future for the corps’ aviation, held in limbo as its current Vertical Take Off Short Landing (V/STOL) AV-8B and F/A-18C/D Hornets wear out under an extremely intensive operational regime.

Lockheed Martin, which has the highest stakes in the next generation fighter, opted to avoid the debate and visibly maintained a low profile with its F-35 program at Farnborough, leaving the scene for the competition. Wether this was a wise move or not, the future will tell, but it should certainly be scrutinized and questioned by the media.

The slow pace and escalating costs of the F-35 open rare opportunities for competing fighter manufacturers, despite not being ranked ’Fifth Generation’. They offer many advantages over F-35 – this can be better range or mission endurance, two-seat configuration, access to the aircraft avionics, integration of mission specific, or nation specific operating modes, and weapons that may not be included in the F-35 list. Better communications integration capability, or generally, implementing modern technologies that cannot be integrated into the F-35, due to its ’closed system’ approach add further to the dilemma.
This concept is best exemplified in the Gripen NG fighter, developed to respond to evolving requirements for modern fighters throughout the world, among those nations that are not prepared to pay for, or do not have the need for the 5th Generation stealth technologies associated with the F-35.
Whether 5th Generation fighters are justified or not is already a hotly debated issue, but the fact that major air forces, among them India, South Korea and Brazil and Japan are deferring their decision on 5th generation fighters to the middle of the decade, is encouraging countries like Denmark, Norway and Netherlands to re-evaluate their decisions on F-35.

Others, like Switzerland, have reiterated their support for current generation fighters, over are moving to the next one. Aircraft manufacturers are encouraging these trends pouring new life into their systems through modernization programs.
The F/A-18E/F, and F-15SE from Boeing, Eurofighter Typhoon, Dassault Rafale and Saab Gripen are being offered in new and enhanced multi-mission configurations. Typical enhancements include advanced Electronically Scanning (AESA) radars, enhanced electro-optical (EO) sensors and new cockpit architectures.

The next wave in cockpit design introduced at Farnborough mimics the large F-35 flat-screen panel, with integrated helmet display and sight. The two companies leading this trend are Elbit Systems, with their CockpitNG architecture and L3, the developer of the F-35 cockpit display system. Emerging technologies even offer distributed EO systems giving the pilot panoramic vision and improved situational awareness over an entire hemisphere.
Even the JSF’s uniquely designed cockpit combining a single large-area and helmet display, is now becoming available for aircraft upgrading and new designs.
In terms of communications, Generation 4.5 and modernized aircraft offer more flexibility to adaptation of new communications, and datalinks, including line-of-sight (LOS) and Beyond-Line-of-Sight (BLOS) Satellite links, having industry shift to ‘defensive modes’, focusing on modernization, enhancement and improvements of existing fighters.
Elbit is offering the new design for fighters, trainers as well as for helicopters, providing mission optimized design and significantly reduced workload.

Even stealth is no longer the exclusive domain of 5th generation fighters. Boeing is already developing the semi-stealth F-15SE, designed with conformal, internal weapon carriage capability and canted tails, that dramatically reduce radar cross section.
While its signature reduction is not expected to match that of the F-35, F15SE could offer significant advantage for the average missions of modern air forces, reducing requirements for full stealth platforms. Another trend is to adapt a ‘wait and see’ strategy, waiting for the unmanned combat air systems (UCAS) to emerge.
In fact, most of the missions carried out by manned fighter and attack aircraft could in the future be performed by unmanned assets, particularly in asymmetric scenarios. Manned missions would be reserved to gaining air superiority and maintaining air supremacy, which would require the skills, agility and rapid response of a manned piloted fighter.
Furthermore, UCAS are designed as unmanned systems, however, Boeing has already shown a future concept vehicle that could be produced as an optional, manned or an unmanned system, operating in a ‘pack’.

The opposition is also improving. Russian and Chinese fighters are evolving in a pace equal, and in certain areas, even superior to that of western platforms, matching the West in terms of aerodynamic performance, maneuverability and weapons. Traditionally inferior in avionics and mission equipment, Eastern fighters are currently rolled out of the assembly lines in Russia, China and Pakistan, equipped with the latest European technologies, as they are not bound by U.S. technology transfer limitations.

While top of the line fighter programs strive for the best performance and superiority at any cost, air forces engaged in recent asymmetric combat are realizing that such platforms are too expensive and relatively limited when called to perform ‘dull and dirty’ missions, requiring long endurance, efficient area surveillance, and precision strike capability in support of land forces. For these missions commercial aircraft are modified into special mission platforms, equipped with sensors, communications and operator stations to perform missions in the air, or relay intelligence and sensor data to ground-bound mission centers.

Typical platforms are utilizing the Hawker Beechcraft 200 and 350, which has proved itself in operational missions in the Middle East and Afghanistan. Another aircraft being used extensively as special mission Intelligence, Surveillance and Reconnaissance platform is the DA-42 Guardian from Diamond Aircraft. Such aircraft are operating throughout the world by more than 20 countries, in support of police, law enforcement and government agencies.
To extend mission durations, the U.S. and other users are examining long endurance platforms, including airships that could remain on station for weeks, months and even years. One such system is the Long Endurance Multi-Int Vehicle (LEMV) airship, developed by Northrop Grumman and British airship manufacturer Hybrid Air Vehicles.

While special mission aircraft are traditionally also used to support other forces, an emerging trend evolving in tandem with armed UAVs, is the use of manned ‘armed reconnaissance’ platforms. Representative of this trend are the AT-802U Air Tractor, Embraer’s Armed Super Tucano and AT-6B from Hawker Beechcraft.

On the weapons domain, aerial weapons are becoming more precise, agile and offered at a lower cost. Few models displayed at Farnborough charting the path for the future, include the Saber from MBDA North America, a 10 pound precision-guided weapon, utilizing semi-active laser homing device and GPS/INS midcourse guidance and a scaled down ’Diamond Back’ wing kit, adapted from the Small Diameter Bomb which the company has been produced for several years. Another lightweight, high- precision weapon is the Mini Talon, produced by FTS, a Florida based MOOG subsidiary.