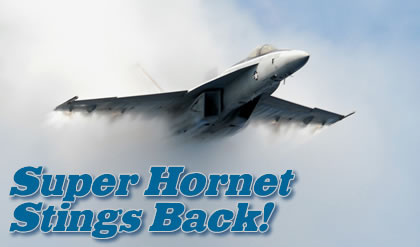 Boeing is pitching future enhancements of its ‘Super Hornet’ in case JSF encounters cost overrun forcing significant cuts in the program. For the more distant future, Boeing is already considering a future successor of the Super Hornet, with the F/A-XX design. Although the Navy hasn’t issued a formal request for such studies, Boeing Advanced Systems began studying alternative manned as well as unmanned approaches for such ‘6th generation’ multi-role fighter, which should provide significant increase in reach, access, situational awareness, and firepower for future carrier strike groups. 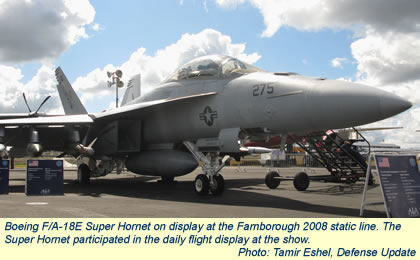 According to Capt. Mark W. Darrah of PMA-265, the Super Hornet is the most affordable replacement for single-mission combat aircraft operated by the US Navy, including the F/A-18C strike fighter and EA-6B airborne jammer, being replaced by the F/A-18G Growler, the F-14A interceptor and S-3B airborne tanker which have already been retired, and the F/A-18C which will be partly replaced by the F-35C in the next decade. The F/A-18E/F is expected to remain in service for more than 30 years and complement the F-35C to enter service within a few years.

This strike fighter introduced much improved capabilities over previous Hornets, particularly with the fielding of more powerful engines and use of the multi-scan capability of the APG-79 AESA radar. Since its introduction to the US Navy, the aircraft has been selected as ‘JSF gap filler’ by the Australian Air Force. The first of 24 aircraft will be delivered in 2010. The new Hornet is also competing for future prospects in India, Brazil, Japan and Denmark. 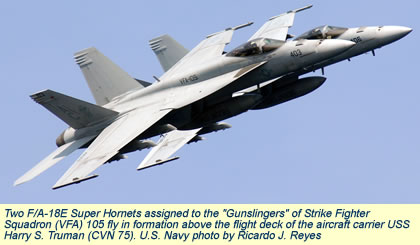 Boeing highlight’s the Super Hornet offering of ‘next generation technology now’, in contrast to the generation leap promised by the JSF in the future. Boeing claims the advanced capabilities of the Super Hornet, based on the integrated sensor suite combining sensors (AESA radar), situational awareness and targeting capability (joint helmet mounted cueing system JHMCS) and data communications via Multifunction Information Distribution System (MIDS) Link 16 datalinks, coupled with its flexible weapons load, unrestricted by stealth packaging and advanced self protection systems position the Super Hornet as highly capable air-combat platform. Future enhancements derived from JSF and F-22 related developments, such as AIM-9X Block II short range air/air missiles could enhance the F/A-18E/F capability with better engagement ‘Beyond Visual Range’, assisted by future growth of the current AMRAAM weapon, particularly the ability to employ High Off-Boresight (HOBS) engagements,  where the missile goes after a threats in its launch aircraft’s rear hemisphere, enabling the crew to engage targets while ‘looking through’ the aircraft. The introduction of Infrared Search & Track capability, could further extend the capability to intercept targets even under restrictive rules of engagement.

Other developments are also underway at Boeing. In January 2008 Boeing announced a teaming agreement with Lockheed Martin Skunk Works to develop a new concept for a future successor of the B-2A bomber, known as ‘Next Generation Bomber’ program. Northrop Grumman is known to be leading the technology demonstration for this project. The future bomber will be available for initial operating capability within a decade (IOC 2018) able to carry ordnance payloads of 14,000 – 28,000 lbs in stealth configuration, striking targets at an operational range of 2,000 nm. 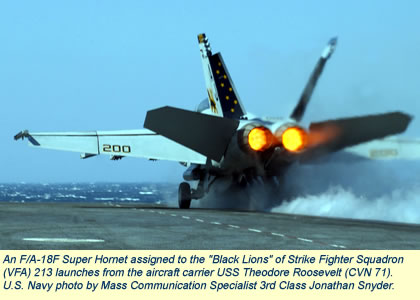