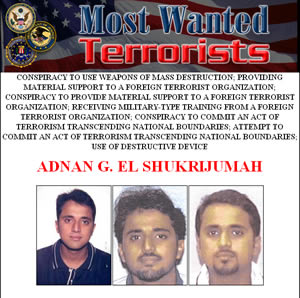 Denying terrorists access to radiological materials that can be used in a dirty bomb attack – one that could bring western economy to a standstill and render areas uninhabitable for decades – is still a major security challenge.

Should a dirty bomb or multiple dirty bombs be detonated in any major city, port complex, airport or train station, the result could be considerable loss of life with widespread panic. Billions of dollars would have to be spent in clean-up and medical care, not to mention extended interruptions in seamless commerce and everyday life.

It has been widely established by counter-terror agencies around the world, that terror groups remain highly interested in such “dirty playthings”. Al Qaeda’s senior leadership has publicly expressed a desire to acquire some weapons of mass destruction, including radiological weapons, with which to attack western states. Since September 11, U.S. officials have recovered many documents detailing al Qaeda’s pursuit of such weapons.

In 2006, Abu Hamza al-Muhajir, then the leader of al Qaeda in Iraq, called for nuclear scientists and explosive experts to help his organization in making “simple” biological and radioactive weapons. That same year, British citizen Dhiren Barot (aka known as Bilal, Abu Musa al-Hindi, Abu Eissa al-Hindi, and Issa al-Britani), pleaded guilty,  conspiring to detonate a radioactive “dirty bomb”. Among others, he admitted planning  to target underground parking garages in the U.K. and U.S. institutions such as the International Monetary Fund, the World Bank, the New York Stock Exchange, and offices belonging to Citigroup and Prudential Financial.

Now, just two weeks ago, Adnan el-Shukrijumah, 35, an American citizen, high on the FBI’s most-wanted list, was named as an accomplice in the New York subway bomb plot with Najibullah Zazi, an 25 year Afghan-born al Qaeda weapons expert, residing in Colorado. He was arrested in 2009, charged with conspiracy to commit  murder with weapons of mass destruction. Meanwhile, Shukrijumah a trained nuclear technician, is still a fugitive, hunted by the US Intelligence agencies offering $5 million for for information leading directly to the capture. He was  allegedly tasked by al Qaeda with carrying off a so-called “American Hiroshima”, having sought radioactive material from a university in Ontario, Canada. News reports alleged that this was an attempt to construct a “dirty bomb”.

An exclusive focus on “loose nukes”, which US internal security agencies are pursuing,  could mean missing the threat that western nations are facing in their own backyard: the dirty bomb, which is far easier to assemble from ingredients that are widely available commercially in any modern country. Highly dispersible radiological materials like cesium-137 or cobalt-40 are used every day in medical procedures at hospitals and in universities. These components of modern medicine remain usually underprotected.

Although many responsible hospitals are eager to upgrade their security for these radiological elements, they demand government financial assistance to do so, which in times of recess, unfortunately remains under low priority budget allocation.
Meanwhile, the clock is already ticking loudly! Entry to most hospital laboratories and depots is relatively easy for those elements seeking what they are looking for.  Radiology departments usually control access, but a basic tool kit can be used to break into a blood irradiator and seize a substantial amount of radiological material. Once combined with a simple explosive device, a crude radiological weapon is right around the corner.

Despite those chilling facts, the US White House has slashed the domestic radiological protection budget over the past few years. Other nations are doing the same. Repeated warnings by counter terror agencies are being ignored, in face of other national priorities, which include funding for the security of “loose nuke” programs, which at least so far, have little interest to “dirty bomb” terrorists. With such a device maybe underway in one of the many million containers, heading toward a major port in a western country, time might be running out already. A serious wake-up call is imperative to avert disaster from happening.