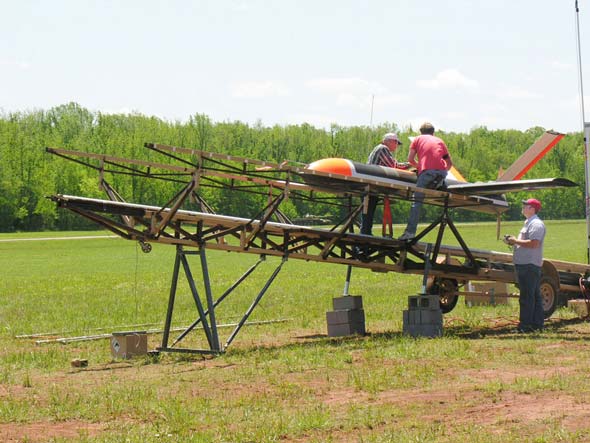 As UAVs are taking an increasing role in modern warfare, moving beyond ISR, into strike missions, the military is looking for effective means to deny potential use of UAVs by the enemy. In 2009 the U.S. Army awarded Madison, AL. based Griffon Aerospace a contract to develop and produce the BroadSword MQM-171A, Unmanned Aircraft System – Target (UAS-T), developed to represent such a hostile, tactical class unmanned aircraft system.

The BroadSword is a 500 pound class, 17 foot wing span aircraft capable of carrying a variety of payloads. Under the contract Griffon will deliver, operate and maintain the aircraft. According to Griffon, the BroadSword is reasonably priced to support testing of Defense weapons systems under development as well as supporting defense training requirements. The company is supplying targets to the US Army since 2003, when it received the first contract to provide its 130 pound class Outlaw MQM-170 target to support the training of Army Air Defense Artillery units worldwide. To date over 2000 Outlaw targets were produced – the company has been awarded a second five year contract to continue the program over the next five years.