African defense companies are challenging the dominant Western suppliers of mine protected armored vehicles, competing for MRAP type vehicle contracts. According to Ivor Ichikowitz, Executive Chairman of the South African Paramount Group, South Africa’s largest independent defense and aerospace contractor, African companies have emerged as technological equals to some of the world’s top manufacturers of Mine and IED Protected armored Vehicles (MPVs).

Ichikowitz referred to the recent growth in the domestic and continental demand for armored vehicles in Africa, “With African defense spending up nearly a third since the end of the Cold War, Africa is purchasing more defense and security systems. This has stimulated manufacturers, engineers and scientists to produce world-class products.”  African companies such as the Paramount Group are not only competing on an international level, with interest from governments in Africa, the Middle East and Asia, but also offering better in-country benefits for purchasers. Whereas the Western majors manufacture their equipment far from the destination market, Paramount Group takes an ‘in-country’ approach, where it establishes production facilities in regional markets. This ensures that the economic and development benefits associated with production, training and marketing help the local population, not just the shareholders in New York or London.”

“The world has finally discovered that Africa has some of the best technologies at affordable prices” said Ichikowitz.

The Paramount Group has unveiled today a new armored infantry fighting vehicle called Mbombe. According to the company, the vehicle has not yet been ordered but several potential customers are already interested, including Gabon. 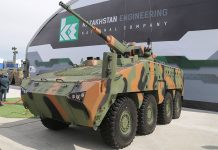 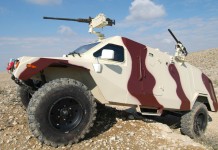