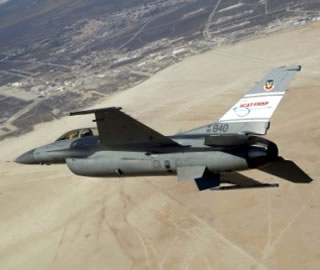 The cooperative program was conducted by the Air Force Research Laboratory (AFRL) in conjunction with the Air Force Flight Test Center and NASA Dryden. The Auto GCAS flight testing effort has collected data over the course of over 141 flight hours, with more than 1,600 automatic recoveries executed. The F-16 test aircraft will now be transitioned to the Air Force Flight Test Center 416th Flight Test Squadron, who will begin production flight testing in the next phase of the ACAT program. The Auto GCAS software was recently transitioned to Aeronautical Systems Center, with the goal of incorporating the system into F-16 production aircraft in 2014.

Auto GCAS technology uses information gathered from Global Positioning System data and incorporates it with Digital Terrain Elevation Data maps to enable aircraft to reference terrain below. In the event that an aircraft is flown dangerously close to the ground, this critical data enables the aircraft to automatically execute avoidance maneuvers without pilot intervention.

Onboard for the final test flight was Lockheed Avionics Design Engineer Charles Canney and NASA project pilot Nils Larsen. The flight took place over a widespread area including portions of California from Edwards Air Force Base to Death Valley and the peaks and canyons of the Sierra Nevada Range. The flight evaluated the ability of the system to fly at low levels without “nuisance fly-ups,” or unwarranted activations of the system. Additionally, the system’s collision avoidance capability was evaluated with the execution of numerous mishap profiles that are typically seen in the F-16 fleet.

Mr. Canney, who has served as part of the design team for Lockheed since 1989, flew aboard many of the collision avoidance runs throughout this testing effort. He described the final test flight as “the best flight anyone has ever had,” and stated, “As Nils got down low, I could see dirt being kicked up off of the desert floor and no nuisance activations.”