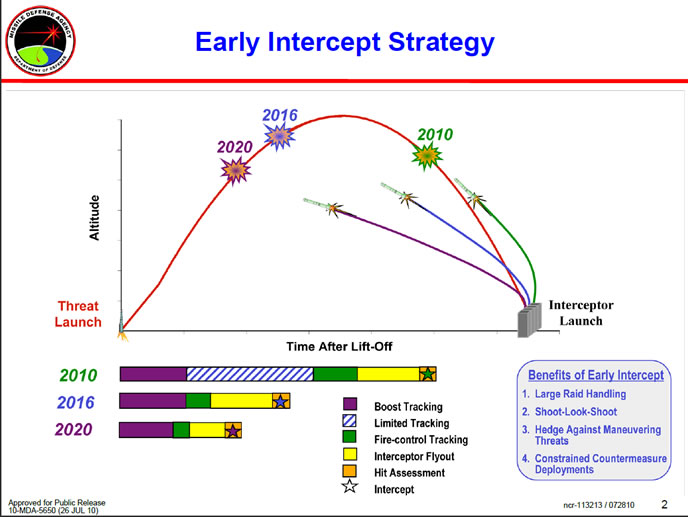 The integration of new sensors, longer range missiles and whole new battle management system will enable the U.S. Navy and NATO to conduct ‘Early Intercept’ – engaging ballistic missile targets at their ascent phase, before enemy missiles reach apogee. There are many benefits to this method, including the ability of the defender to handle large raids (salvos), engage target missiles before they can take evasive maneuvers or deploy countermeasure decoys. The early intercept also offers more effective shoot – look – shoot strategy.

The new missile will be designed to achieve earlier intercepts by maintaining higher velocity, and increased divert energy management, enabling the Aegis 5 system to launch interceptor missile during the target’s boost phase, updating the intercept plan and sending it to the missile enroot to its target.

The main challenge of early intercept capability is the limited tracking provided by current sensors, where a tracking gap exists between targets detection by heat signature, during the boost phase, and tracking it by radar and fire control during mid-course and terminal phase. This gap is expected to be eliminated around 2016, when new sensors – radar and space based sensors will be able to continuously track enemy missiles from launch to impact. By 2020 direct handoff between boost phase and fire control tracking will enable interceptors to fly out shortly after a hostile launch is confirmed, hitting their targets during ascent, at lower altitude, sometime when the missile is still over enemy territory.