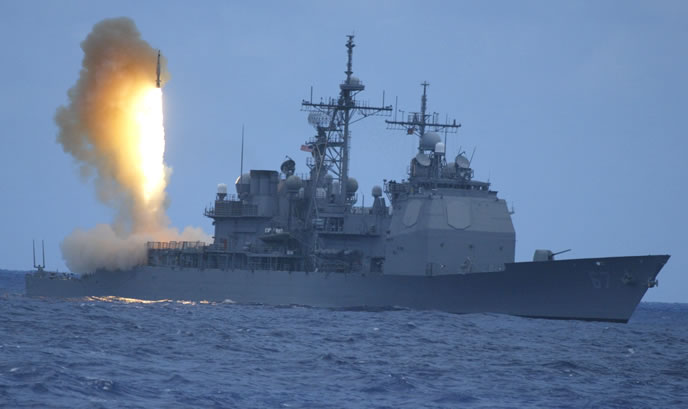 The new policy on missile defense announced by the Obama administration increased the procurement of proven systems, investing in mobile and relocatable assets offering flexible and adaptable deployment options to meet changing threats. This policy has focused research and development (R&D) on enhancing the capabilities of current interceptor variants – sea based and land based, improving command, control, and battle management, and deploying more capable sensors, including Precision Tracking Space Sensor (PTSS), enabling defensive systems to establish target track and perform an intercept as early as possible.

Part of the U.S. Phased Adaptive Approach for theater missile defense, is increasing current capabilities in 2-3 year increments. An initial capability provided today by Patriot and Aegis ships at sea is being fielded now and, according to NATO spokesman James Appathurai, will be operational within weeks.

NATO’s leaders meeting this week in Lisbon will decide whether the alliance should build a missile defense for Europe, enhancing the system already being established supporting theater defense system at an investment of €800 million. According to the alliance officials, the additional budget required to enhance the system to extend its coverage to Europe is only €200 million.

By 2015 the current and ALTBMD capability will be enhanced with the introduction of the Next Generation Aegis 5.0 system, in land based units and naval platforms. The new Aegis version will employ SM-3 IB missiles, along with land based THAAD.

More NATO members are expected to share their assets supporting ALTBMD in its full capability deployment, as NATO will plans to extend the system to cover ‘upper tier’ engagements, increasing detection range beyond 3,000 km. Hopefully, by that time, the new Medium Extended Air Defense System (MEADS) missile weapon systems are expected to be operational with the U.S., Germany and Italy; employing SAMP/T weapon systems and TPS 77 radars. Spain is expected to join, with Greece contributing Patriot systems, Patriot and F100 frigates, while Germany bringing new assets including the F124 frigates and Global Hawk unmanned systems online. Toward the end of the decade the U.S. will also dedicate more assets to ALTBMD, including new AN/TPY 2 radar sites in Eastern Europe and Land based Aegis and THAAD systems.

By 2018 the U.S. is planning to establish improved area coverage against medium and intermediate range ballistic missiles (MRBM/IRBM), with the introduction of two sites of Aegis Ashore 5.1 each equipped with SM-3 Block IB or IIA interceptors. With the Next Generation Aegis Missile (NGAM) fielded by 2020, the alliance will also have the interceptors capable of engaging targets at greater distances, extending the alliance defense against intercontinental ballistic missiles (ICBM). The distributed, deployment of defensive assets will not depend on a central operating center and rely on the distributed assets for engagement command and control.