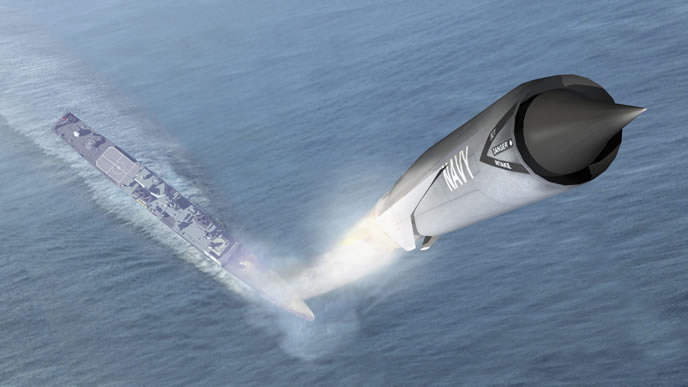 The Defense Advanced Research Project Agency (DARPA) has awarded Lockheed Martin a contract worth $157 million for the development of an advanced long range anti ship missile (LRASM). The new anti-ship missile and its associated systems will extend the effective attack range of Navy warships beyond current or projected enemy anti-air and anti-ship capabilities. The new missile is required to counter the perceived threat from China, equipped with land based or shipborne ballistic missiles capable of targeting U.S. Carrier groups from a distance of hundreds of kilometers away.

Unlike current anti-ship missiles LRASM be capable of conducting autonomous targeting, relying on on-board targeting systems to independently acquire the target without the presence of prior, precision intelligence, or supporting services like Global Positioning Satellite navigation and data-links. As an autonomous weapon LRASM will rely exclusively on on-board sensors and processing systems. According to DARPA, these capabilities will enable positive target identification, precision engagement of moving ships and establishing of initial target cueing in extremely hostile environment. The missile will be designed with advanced counter-countermeasures,to effectively evade hostile active defense systems.

LRASM will comply with existing weapon launchers and storage systems, fitted to match existing the VL-41 Vertical Launch System carried on board all modern U.S. Navy combat ships. There are currently 8,500 VLS tubes in the US Navy including those based on cruisers (CG-47), destroyers (DDG-51) and submarines (SSN, SSGN).

Since 2009 Lockheed Martin has completed trade studies, system performance analysis, and passed preliminary design review and operational effectiveness assessment through the first phase. Two LRASM concepts were assessed – LRASM B, a high altitude, supersonic, ramjet-powered cruise missile. This design leverages prior ramjet development activities and a suite of supporting sensors and avionics to achieve a with balanced speed and stealth for robust performance. The second LRASM design is stealthier, low-level cruise-missile designated LRASM A. This design utilizing the Joint Air to Surface Standoff Missile Extended Range (JASSM-ER) airframe, added with additional sensors and systems to achieve a stealthy and survivable subsonic cruise missile. LRASM A is considered more suitable for air launched applications.

DARPA has selected three vendors to complete the design and flight demonstration of the two LRASM variants as well as deliver common sensor technology. Lockheed Martin Missiles and Fire Control Strike Weapons, based in Orlando, Fla., will demonstrate the LRASM-A prototype weapon system while Lockheed Martin Missile and Fire Control Tactical Missiles, based in Grand Prairie, Texas, will demonstrate the LRASM-B prototype weapon system. BAE Systems, Information and Electronic Systems Integration, based in Nashua, N.H., will design and deliver the onboard sensor systems to support both LRASM variants.

While LRASM is positioned as a direct successor for the Harpoon, the development of a more ambitious weapon known as ArcLight is also under evaluation at DARPA as a quick reaction weapon hitting time critical targets at a distance of 2,000 nautical miles within 30 minutes. ArcLight will employ a rocket booster, sustainer accelerating the weapon to hypersonic speed, from where the strike vehicle will glide at high speed, carrying a warhead weighing 100-200 pounds to strike the target with pinpoint accuracy. ArcLight, like LRASM, will also be stored in, and launched from existing Mk 41 VLS.

“ArcLight will offer a game changing warfare capability.” DARPA explained, “The ability to hit targets worldwide from several ships reduces the need for having less capable strike assets forward deployed and enables tactical and political flexibility. The cost of launching a comparable strike from Continental US (CONUS) is significant, likely to limit use of such a system and provides an opportunity for adversaries to observe launches from fixed sites” the agency explained. A major challenge for ArcLight designers is the design of a wing assembly able to transform from storage, through acceleration to high speed gliding formation. According to DARPA, such wings would likely use shape changing or harden post launch formations to withstand the flight environment.

Another design known as RATTLR (seen in the image above) was also studied by the US Navy in past years but has not matured into a full scale development program.