Sikorsky has launched the development of a prototype light tactical helicopter based on the X2 rigid coaxial rotor technology designated S-97, and named ‘Raider X-2’. The company plans to produce two prototypes and fly them toward 2014, in time for a future request for proposals (RfP) for an Army Armed Aerial Scout. The new design is larger than the X2 demonstrator aircraft that recently achieved 250 knots. The development will prove the military application of the rigid, coaxial rotor configuration. At the AUSA 2010 annual meeting last month Sikorsky unveiled a mock-up of the Raider X2.

Sikorsky director for light tactical helicopters Douglas Shidler said the company was currently looking at potential suppliers and is expected to finalize the team in 2 to 3 months.

Like the X2 Technology demonstrator (seen in the photo on the left ) that broke the helicopter speed record, flying at 250 knots (287 mph), the X2 Raider prototypes will feature twin coaxial counter-rotating main rotors (in place of one main rotor and a tail rotor) and a pusher propeller. Raider will be designed to reach cruise speeds of 200 to 220 knots, significantly faster than current armed scouts. In addition to high speed, Raider will also be more maneuverable than conventional helicopters, offer greater endurance, reduced turning radius and lower acoustic noise signature. In addition to flying at nearly twice the speed of a conventional helicopter, the X2 Raider prototype will incorporate other key performance parameters critical to combat operations – increased maneuverability, greater endurance, and the ability to operate at high altitudes.

The new helicopter will measure 35 feet length, and have a rotor diameter of 33 ft. The helicopter cockpit features side-by-side seating for a crew of two with identical flight systems in each position. For the armed reconnaissance mission, the X2 Raider helicopter will have space aft of the cockpit for armament and auxiliary fuel. In an assault configuration, the cabin affords space to accommodate up to six troops.

In March 2010, Sikorsky submitted an X2 aircraft design to the Army’s Armed Aerial Scout (AAS) program in response to a request for information. The AAS program is currently conducting an analysis of alternatives for the Army’s next armed reconnaissance helicopter. The company expects to conduct its first major program milestone – a preliminary design review – in 2011. 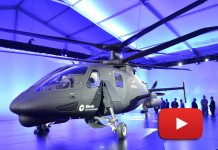