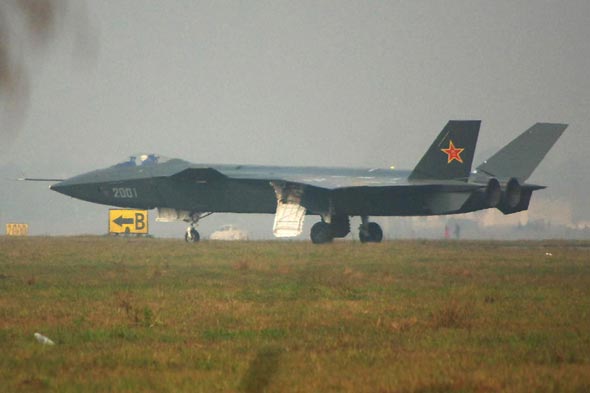 See our latest post for more news on the J-20 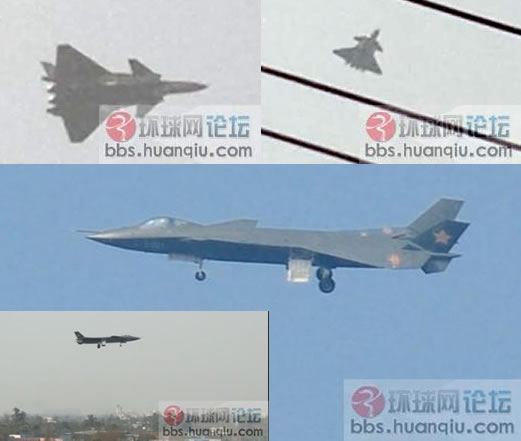 Reports coming form internet sites in China have published images of a large, stealth-like aircraft that, if confirmed, could be the first hard evidence of China’s new 5th Genaration multirole aircraft.  The images show the parked aircraft being inspected, and taxiing along a taxiway.

Analysts in the West accepted the images with some doubts, due to the Chinese’ in displaying imaginary ‘facts’ but the photos released today seem genuine. recent reports coming from China mention Chengdu has recently completed two J-20 technology demonstrator aircraft sofar, one model will be used for the test flights and another one will be used for ground testing.

The development of such program was known for some time but has never officially attributed to a specific type or maker.  In 2009 deputy commander of the People’s Liberation Army Air Force He Weirong stated in a TV interview that China had multiple such programs underway and that an as-yet-undesignated fifth-generation fighter developed jointly by Chengdu Aircraft Corporation and Shenyang Aircraft Corporation would be in service by 2017-2019. According to U.S. intelligence assessments Chinese 5th generation aircraft could become operational by the turn of the decade.

“The impression here is of a big, long aircraft, 70+ feet from nose to tail, which would make sense for a number of reasons. Rob Hewson at Jane’s has reported that Russia has supplied 32,000-pound thrust 117S engines for the J-20, which would be adequate for an aircraft in the 80,000 pound class – with perhaps lower supercruise performance and agility than an F-22, but with larger weapon bays and more fuel” writes aerospace analyst Bill Sweetman, editor of Aviation Week/DTI. Chinese sources have claimed that production aircraft will be powered by two 13,200kg/WS-10 class high thrust turbofan engines, coupled with Thrust Vector Controlled (TVC) nozzles both made in China. Russian assistance has been speculated with the supply of 14,000kg class Salyut 99M2 turbofan engines powering the prototypes. The Chinese could also get Russian assistance in radar cross section simulation for the new stealth design. 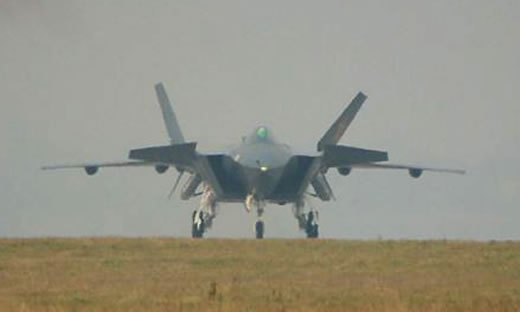