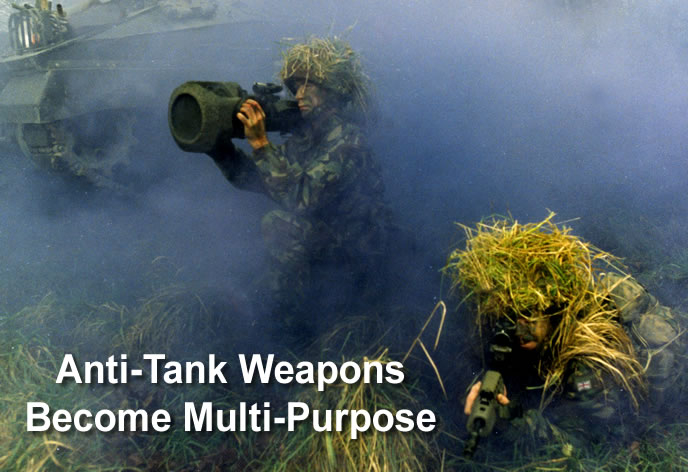 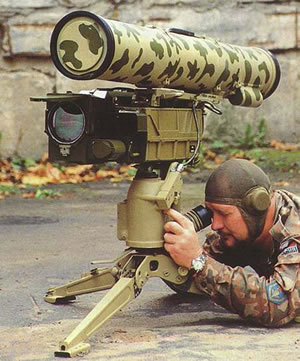 Man portable, light weight missile systems were used extensively in recent years. U.S. Javelin missiles are regularly used in Afghanistan by U.S, and British forces, side by side with the Israeli

Spike, used by the Dutch, Italian and Spanish among others. It also provides a valuable weapon in Iraq, used as a short and medium range precision guided weapon against buildings, vehicles or even suspected sniper positions. The Spike also saw an extensive use by Israel Defense Forces (IDF) infantry, during the recent conflicts in Lebanon and Gaza. On the other side, Hezbollah also fired significant numbers of Russian Metis M medium range guided missiles, among other, heavier guided missiles, fired against the Israeli armor, primarily Merkava Mk 3 and Mk4 tanks, during the 2nd Lebanon war in 2006.

Below: This Metis M guided missile is in operation with the South Korean army. Above, an AT-15 Kornet. The two missiles represent the latest classes of multi-purpose anti-tank guided missiles from Russia – the lightweight Metis designed for light infantry operations and the heavier Kornet optimized mechanized infantry, as well as dismounted units,operated mostly on missions. In today’s hybrid warfare, the roles of the two missiles have changed, with Kornet used primarily in guerilla ambushes, for its capability to engage the enemy at long distance, beyond its capability to identify the source of fire or counter-strike effectively. 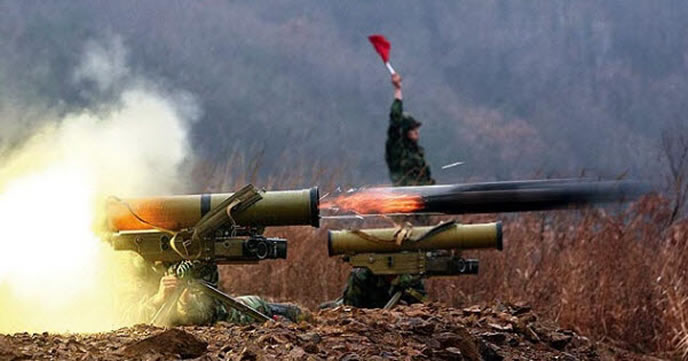 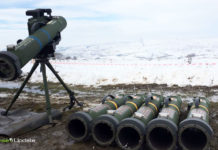