At Aero-India 2011 Russia is promoting the new Mi-28NE the new export version of the ‘Night Hunter’ combat helicopter, inducted into service with the Russian Army in 2009. In India the Mi-28NE is competing against the American AH-64D Apache, on the Indian tender for the supply of 22 attack helicopters. Two competitors already dropped out of the competition – the Eurocopter Tiger and Inalian A-129 Mongoose. This is the first time the Russian gunship is competing in the international market and Moscow is hopeful that the Indian tender will bring establish the credibility the Night Hunter deserves, among the world’s leading helicopter gunships. Like its U.S. competitor, the Mi-28NE helicopter employs a wide range of weapons, boasts unique survivability features and can operate in day, night and under most adverse weather conditions. These helicopters started entering service with the Russian Armed Forces in 2009. Similar to the American Apache, Mi-28 was designed in the 1980s and received NATO reporting name ‘Havoc’. Unlike the Apache, operational fielding was delayed by more than two decades, as cashed stripped Russia could not afford full scale production.

Russia is also positioning the Ka-226T light multi-role helicopter to compete for the Indian Army multi-role helicopter tender. A significant advantage offered by this type is its service ceiling and optional mission specific reconfiguration, utilizing mission modules installation. Russia is also after India’s tender for heavy lifters, offering the Mi-26T2. The unique model offered to India has the world’s heaviest load-carrying capacity (up to 20 tons). 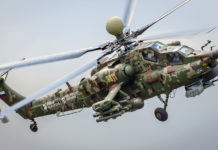 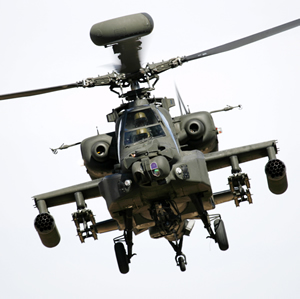