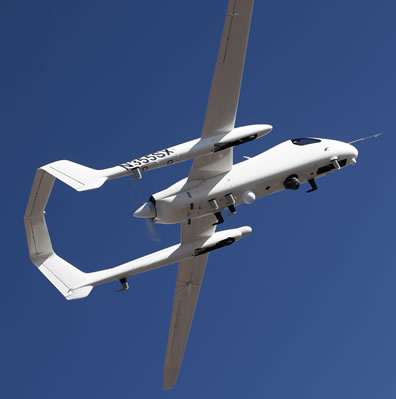 While U.S. services already operate a number of unmanned platforms for these roles, the new FireBird, Northrop Grumman has not yet been able to tap this market, as it lacked a true medium-altitude long-endurance platform of its own. “Firebird addresses future budgetary constraints by combining the best of our piloted and unmanned ISR systems into a single solution ready for a variety of ISR missions” Said Paul Meyer, vice president and general manager of advanced programs and technology for Northrop Grumman Aerospace Systems. “We’ve harnessed the innovative techniques of Northrop Grumman and Scaled Composites to deliver an unprecedented information-gathering capability.” Meyer said. As lead for the Firebird program, Northrop Grumman developed the unmanned systems architecture, control and mission systems. The company chose Scaled Composites to design, build and test the aircraft – with first flight occurring just 12 months after the initial concept discussions.