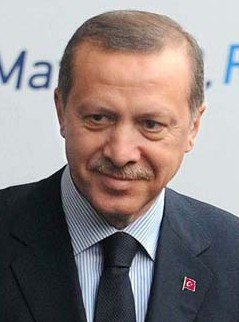 Recep Tayyip Erdogan, the Islamic prime minister of Turkey, may not be a nice person, regarded by most Israelis as an unfriendly bully strutting the already highly turbulent Mid Eastern neighborhood. But no one in his right mind can dismiss his shrewd, yet capable talents, being demonstrated over the last years in his own political domain. Through a series of very clever and successful political but legal manipulations, he established himself as the undisputed Islamic leader of over eighty million people-certainly no mean achievement by itself, in a secular nation which was for decades virtually under the boot of the Kamalist military. But Mister Erdogan has far more ambitious plans in his agenda- his notorious “Israel Bashing” might be the immediate target, bringing high dividends from his already enticed Muslim public, but his sight is set on far more ambitious objectives- the revival of Turkish hegemony over the ‘ Arab Spring” outcome, whatever may emerge from the present shambles.

With Turkey flexing its muscles, we may soon face a renascent neo-Ottoman Empire. This vast ancient and ruthless empire, an Anatolian dynasty established on the ruins of the Byzantine Empire, the Ottomans were the standard-bearers of Islam after their conquest of Constantinople (now Istanbul) in 1453. For nearly half a millennium, the Turks dominated the eastern world, spreading Islam faith and its culture to millions. The climax culminated under the reign of “Suleiman the Magnificent” with the Turkish empire engulfing southwestern Asia, the Eastern Mediterranean countries and North Africa and even extending deep into Central Europe, including Bulgaria, Serbia, and Hungary, only to be stopped at the gates of Vienna in 1529. The long declining Ottoman Empire finally came to its end, as a regime under a Muslim caliphate in November 1922, following the defeat of Turkey in WW1. On 29 October 1923, the Republic of Turkey was proclaimed by Mustafa Kemal Atatürk who became its first president of the transformed Turkish society, the former Muslim part of a vast Empire becoming a modern, secular nation-state, with the Grand National Assembly (GNA) at the heart of the new secular modern democracy. For eighty years Kemal Atatürks secular legacy was upheld in Turkey, with the armed forces being the undisputed guardians. All that ended in 2003, when the Islamist Justice and Development Party, known as the A.K.P under the leadership of Recep Tayyip Erdogan, a devout Muslim, was elected prime minister. Erdogan’s aim was to turn secular Turkey into a Mulsim Islamic nation, but he faced an enormous challenge, as Turkey’s 1982 constitution proclaimed the nation’s system of government as democratic, secular and parliamentary, while the country’s original Constitution by Kemal Atatürk makes the military the guardian of Turkey’s secular rule. Under the circumstances it took Erdogan and his AKP several years to achieve their goal- to rid Turkey from the dominating military Kemalists, who attempted to overthrow his government and save it from the Islamists, The largely secular Turkish military has historically been the Praetorian Guards of the Turkish state; a check on both Islamist and Leftist elements in the country being the real power of the nation. But by finally winning over the constitutional courts, Erdogan cleverly checkmated the Kemalist generals, in the September 2010 referendum on constitutional amendments, removing the remaining obstacles to the Islamist’ absolute power, by shrewdly targeting both the courts and the military, by legal means. Promoting AKP loyalists in the legislature and top army positions ensured that the Turkish military would no longer be the guardian of secularism. As result the entire military staff resigned and was replaced by Islamic officers, loyal to the now virtually absolute leader Recep Tayyip Erdogan.
Having achieved his first target in his home domain, the Turkish Premier now is set to exploit the present leaderless turmoil in the so-called “Arab Spring” to become the predominantly leading power among Muslim states in the Middle East and North Africa. If he succeeds, then the stage will be set for a neo-Ottoman hegemony over the entire Sunni Middle East. But things might not happen that fast, as his empiric visit to Egypt showed.

To promote his Islamic “messianic” message, Erdogan embarked on a highly publicized tour of the “Arab Spring” along the Mediterranean. First in line was Cairo, where he initially received an enthusiastic welcome, by the masses, mainly the younger generation of the Muslim Brotherhood, regarding him as their saviour. However, looking closer on the event, the visiting Turkish minister, displaying a powerful, but highly arrogant actor, clearly hinting for hegemony in a turbulent, rapidly changing region, must have caused some painful memories among the still sensible segment of the Egyptian population, still very much aware from the days when an oppressive regime of the Ottoman Sultanate ruled over Egypt from Constantinople.

The Egyptian military Junta was even more reluctant, fearing further backlash from Washington and still chafing from the aftershock from the ransacked Israeli Embassy affair in Giza. Matters became even more hectic for the Turkish megalomaniac, when he started preaching his proposal for a secular constitution to the Muslim Brotherhood assembly. This was probably the last thing that the hard line Islamists expected from their “hero”. Accordingly, Dr Mahmoud Ghuzlan, the spokesman of Egypt’s Muslim Brotherhood soon slammed back declaring that the MB considered Erdogan’s comments as interference in Egypt’s local affairs. It is long known that Turkey and Egypt are bitter rivals for influence in the Muslim world and whatever leadership emerges in Cairo, it will remain determined to defend this role. What probably irked the proud Egyptians most, was Erdogan’s strutting attitude around Cairo streets is not an Arab at all, and his lecturing to Cairo listeners in the Turkish, rather than Arabic language, virtually sermonizing how to conduct their future, must have been scathing to most. The fact that the Turkish language became first known in written records dating back nearly 1,300 years, while Arabic was first spoken during the 6th Century, must have further caused affront in the Egyptian capital- the cradle of Muslim heritage. To sum up: neo Ottoman Prime Minister Tayyip Erdogan’s visions from his first state visit proved far from being a victorious tour of, what he aspires to be a revival of long gone Turkish hegemony. Apart from his unbounded ambition to degrade Turkey’s former ally, Israel, Erdogan’s speeches in Cairo, seem to have achieved only meager response to form a strategic alliance between the two nations, still very much dependent on US goodwill.

Erdogan’s carefully prepared “state” visit, seems to have reaped even lesser results in Libya, where his appearance was overshadowed by visiting Sarkozi and Cameron. In Tunesia there was only a repeat performance of “Israel Bashing” and little else besides. Based on his misstep in Cairo, it looks as if his vision for a revival of the Ottoman hegemony in the “Arab Spring” countries will have to wait for a better opportunity, if at all.

Meanwhile on his return home, Mr Erdogan will have his hands full dealing with the Kurdish question, which could probably escalate sharply, if the Palestinians receive their UN recognition in New York. The PKK has already conducted a series of lethal ambushes and bombings that have killed scores of Turkish soldiers in mid-2011. In August itself at least 11 Turkish troops were killed in a bombing attributed to the PKK in the southeastern province of Hakari. There is also rising discontent among the Kurds in South Eastern Turkey, which could signal serious trouble for the Islamic government. Although Erdogan, has promised an end to the three-decade war, he recently toughened his line last August by ordering his new military staff to prepare a massive offensive on northern Iraq’s Kandil mountains, the stronghold of the Kurdish Workers Party and Peshmerga fighters. To prevent any possible flare up by the Kurdish population inside Turkey itself, Erdogan has ordered special forces sent to the southeastern provinces of Diyarbakir, Hakari and Sirnak, reports said. The entire operation will probably come under command of the new Chief of Staff Gen. Necdet Ozel, promoted from Gendarmerie chief to military commander. The ordered offensive might allow him to demonstrate his skills in conducting large scale military operations.

Erdogan’s Turkey is no economic powerhouse either! According to latest estimates, the annual budget deficit of 9.5% is expected to reach 10%, with the external debt doubling itself in the past 18 months. Turkey’s unemployment rate is 13% and the local currency continues to plummet vis-à-vis the dollar. Once that bubble explodes, then Tayyip Erdogan might no longer be so glib in his arrogant rhetoric spreading regional leadership ambitions. His score might then be settled by a long line of his opponents, judged and incarcerated on imaginary charges. His ultimate fate might then become not much different, from the ousted autocrats, he wishes to replace.

Prime Minister Reccep Tayyip Erdogan might feel that the ongoing “Arab Spring” is his golden opportunity to rekindle the long defunct Ottoman Islamic hegemony over the entire Sunni region. However, based on the his recent disdainful rhetoric in Cairo and elsewhere, Erdogan’s supercilious and world shaking ambitions could still end in his unltimate defeat at home.

This News Analysis was Published Earlier on David Eshel’s Blog.