The U.S. Air Force plans to resume flight operations of its 170 F-22A Raptor fleet after four months stand down. The commander of Air Combat Command directed a stand-down of the fleet May 3 as a safety precaution, following 12 separate reported incidents where pilots experienced hypoxia-like symptoms (oxygen depravation). The incidents occurred over a three-year period beginning in April 2008. In November 2010 an Air Force pilot Capt. Jeff “Bong” Haney was killed on a crash caused by a malfunction associated with the aircraft engine’s bleed air system, that caused the jet’s Environmental Control System (ECS) and On-Board Oxygen Generating System (OBOGS) to automatically shut down. According to the Air Force, investigators rulled out Hypoxia as a cause of this crash.

The Secretary of the Air Force Michael Donley and Chief of Staff Gen. Norton Schwartz have recently approved an implementation plan developed by Air Combat Command, implementing several risk mitigation actions, to include rigorous inspections, training on life support systems, and continued data collection. As part of the process, the entire Raptor fleet will undergo an extensive inspection of the life support systems before returning to flight, with follow-on daily inspections, officials said. The aircraft is capable and authorized to fly above 50,000 feet. Pilots will use additional protective equipment and undergo baseline physiological tests. The return-to-fly process will begin with instructor pilots and flight leads regaining their necessary proficiency, then follow with other F-22 wingmen.

“We now have enough insight from recent studies and investigations that a return to flight is prudent and appropriate,” Schwartz said. “We’re managing the risks with our aircrews, and we’re continuing to study the F-22’s oxygen systems and collect data to improve its performance.”

Prior to the stand down, ACC officials convened a Class E Safety Investigation Board (SIB) in January 2011 to look into hypoxia-related reports. At the same time, a Hypoxia Deep-Dive Integrated Product Team began an in-depth study on safety issues involving aircraft oxygen generation systems. The Air Force Scientific Advisory Board has been commissioned in June 2011 to continue the oxygen generation study concurrent with the ongoing SIB. 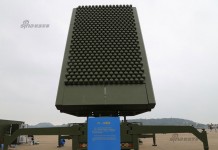