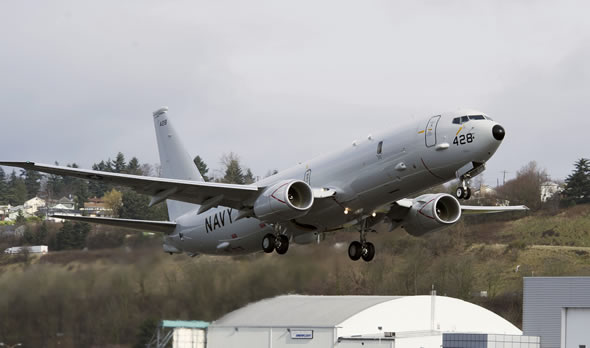 Boeing has delivered the first production P-8A Poseidon maritime surveillance aircraft to the U.S. Navy. This aircraft is the first of 13 anti-submarine warfare, anti-surface warfare, intelligence, surveillance and reconnaissance aircraft Boeing will deliver as part of a low-rate initial production (LRIP) contract awarded in 2011. The aircraft was flown to Naval Air Station Jacksonville, Fla., where it will be used for aircrew training.

Along with production aircraft, the P-8A team also has built and is testing six flight-test and two ground-test aircraft. The flight-test aircraft are based at Naval Air Station Patuxent River, Md., and have completed more than 1,500 flight hours. The Navy plans to purchase 117 Boeing 737-based P-8A aircraft to replace its P-3 fleet. Initial operational capability is planned for 2013.

A derivative of the Next-Generation 737-800, the Poseidon is built by a Boeing-led industry team that includes CFM International, Northrop Grumman, Raytheon, Spirit AeroSystems, BAE Systems and GE Aviation. The Poseidon team is using a first-in-industry in-line production process that draws on Boeing’s Next-Generation 737 production system. All P-8A-unique aircraft modifications are made in sequence during fabrication and assembly.