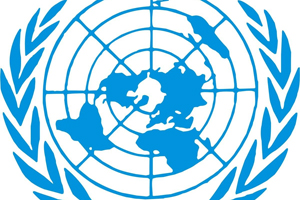 On 2 May the United Nations’ Security Council approved sanctions against three North Korean state-controlled firms ordering all nations to immediately initiate a freeze on all the assets of the companies. The sanctions are being imposed for the firm’s role in the failed 13 April North Korean satellite launch. The Security Council determined that the 13 April launch attempt violated existing UN Resolutions prohibiting Pyongyang from engaging in missile development and nuclear testing. Although the US, the EU, Japan, and South Korea recommended other firms also be subjected to sanctions, China differed and would agree only to the three firms finally approved.

On 16 April the Security Council gave the Sanctions Committee, comprised of representatives of all 15 Security Council members, 15 days to submit recommendations to be added to the sanctions list. The European Union submitted a list of some 40 names while the United States, South Korea, and Japan also submitted individual lists. China delayed submission of a list until just prior to the deadline and would agree to naming only three companies.

The three companies are all involved in weapon’s manufacture, procurement, financing, or export. The Green Pine Associated Corporation handles approximately half of North Korea’s weapon’s export activities. The Amroggang Development Banking Corporation, a financial entity managed by the Tanchon Commercial Bank, is responsible for arranging the sale of “conventional arms, ballistic missiles, and goods related to the assembly and manufacture of such weapons” according to the Sanctions Committee. And a trading company, Korea Heungjin, is involved in acquiring electronic digital controllers that can be used in missile development. The US Ambassador to the UN, Susan Rice, told reporters that other items were added to prohibited lists related to missile development and nuclear material managed by the Missile Technology Control Regime and the Nuclear Suppliers Group.

The Missile Technology Control Regime, an oversight group representing 34 countries, tracks the exchange and transfer of equipment, material, and technology related to missile development and weapons of mass destruction. The Nuclear Suppliers Group, an organization of nations with codified rules governing the import/export of nuclear technology, works to deter the illicit procurement and development of nuclear weapons. Both groups maintain an extensive list of prohibited items, lists that haven’t been updated since 2009.

Ambassador Rice also told reporters that the United States and other member nations of the UN are convinced the three identified North Korean companies are engaged in covert activities related to the acquisition and transfer of missile and nuclear technology and the development of unauthorized weapon’s systems.

The ambassador further stated that the sanctions represent a reasonable international answer to Pyongyang’s repeated “provocations.” The ambassador expressed her opinion that the new sanctions would serve to further isolate North Korea and make it more difficult for the North to “move forward with its illicit programs.”
These latest restrictive measures mark the third occasion in six years that the United Nations has approved sanctions against North Korea. In 2006 and again in 2009, following Pyongyang’s previous nuclear tests, sanctions were applied against six trading firms, a bank, and the General Bureau of Atomic Energy as well as five individuals.