The Board of Directors of DigitalGlobe unanimously rejected the acquisition proposed last week by GeoEye, saying the offer undervalues the company’s financial performance. DigitalGlobe noted that prior to GeoEye’s hostile solicitation, GeoEye made previous private unsolicited proposals, beginning on February 7, 2012. Nevertheless, Jeffrey R. Tarr, DigitalGlobe CEO presented a counter-offer in a letter to GeoEye CEO Matthew M. O’Connell. Tarr said his company was willing to discuss a contra-deal where his company would acquire GeoEye establishing a 60/40 owned company.

Last week satellite imagery company GeoEye Inc offered to buy rival DigitalGlobe Inc today for $792 million in cash and stock as it tries to make up for a possible revenue loss from U.S. defense spending cuts. If the offer is accepted, the two companies will merge into the world’s largest fleet of high-resolution commercial imagery satellites, strengthening US dominance in the growing geospatial services market.

GeoEye said it would consider other alternatives from 100% stock or 100% cash offerings, if required. DigitalGlobe acknowledged receiving the unsolicited proposal and will review it by independent financial and legal advisors, but advised stockholders to take no action at this time pending the review of the proposal by the Company’s Board of Directors.

Both companies reported strong performance in the first quarter of 2012, but are aware of future difficulties, since the recent increase in the yield of government owned satellites, and proposed budget cuts in government orders for commercial satellite imagery beyond the current level. The two companies are sharing the National Geospatial-Intelligence Agency (NGA) EnhancedView multi-year geospatial imaging Service Level Agreement (SLA) program awarded in 2010, granting the government options to buy imagery from commercial providers worth US$7.3 billion over the next couple of years. DigitalGlobe is believed to possess a larger image database delivered by multiple satellites (Quickbird, Worldview 1 and Worldview 2), enabling it to provide about 80% of the imagery needed by the government, for 62.5% of the SLA contract revenue (Indie Research). Therefore, if the government cuts its spending on satellite imagery, as President Obama Fiscal Year 2013 budget request reflects, GeoEye is likely to be effected more than its rival. Hence, its current motivation to tap into its competitor’s main asset. Moreover, the proposed cuts are expected to have a profound impact on the National Geospatial Intelligence Agency’s Enhanced View (EV) Program. “A weakened U.S. commercial imagery industrial base would create a real opportunity for foreign competitors, particularly in Europe, to take over the industry.” warns the Space Enterprise Council at TechAmerica, a Washington based space commerce loby.

While the proposed merger would consolidate US orders into one entity while better position the operation to compete with foreign providers in international markets it will also allow the company to reduce operating expense by introducing synergies and reduced capital requirements for their operations. To fulfill their SLA commitments, the two companies are planning to place new satellites in orbit – GeoEye is planning to launch GeoEye 2 next year while DigitalGlobe plans to deploy the Worldview3 by the end of 2014.

According to O’Connell the proposal is structured to provide DigitalGlobe shareholders with the opportunity to participate in the dynamic future growth of the combined company. “Given our financial strength and longstanding supportive banking relationships, we are highly confident that financing will not represent an impediment to the consummation of the proposed transaction.” O’Connell wrote Jeffrey R. Tarr, President and CEO of DigitalGlobe, adding that Cerberrus Capital Management, GeoEye’s largest shareholder, are prepared to contribute substantial capital in support of the proposed transaction.

“We will also continue to invest in new information, analytic services and the most technologically advanced commercial satellites for government and commercial customers around the world.” The company said in a statement.  “In the face of significant pressure on the U.S. defense budget and intensifying international competition, a combined company will be better positioned to provide the U.S. government with the time-sensitive geospatial intelligence that is needed to support its mission in a very cost-effective manner during these fiscally conservative times. The government is looking to its providers for innovative solutions, and we believe this is the best option to achieve that.” O’Connell said. 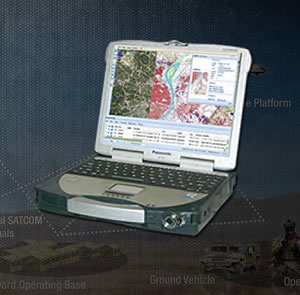 Vision-2020 – The Next Step for India’s Military Space Programs