A Marine Corps AV-8B Harrier crashed in the Arizona desert about 15 miles northwest of Marine Corps Air Station (MCAS) Yuma during a training mission at 3:30 p.m. on 25 July. The pilot ejected safely only moments before the aircraft crashed on the desert floor and is reported to have suffered only minor injuries.

The aircraft came down in an unpopulated area and was a total loss. After parachuting to the ground the pilot, who remains unidentified, used his cell phone to contact the Air Station to request assistance. A Marine Corps Explosive Ordnance Disposal (EOD) team was dispatched to the crash site to disarm two five hundred-pound bombs the aircraft was carrying at the time of the mishap. The bombs did not detonate upon impact and were disarmed by nightfall.

The aircraft was assigned to Marine Attack Training Squadron 203 (VMAT-203) home based at MCAS Cherry Point, North Carolina. The squadron, nicknamed the “Hawks,” trains pilots in the operational flying of the Harrier. The squadron is on assignment to Arizona to conduct aerial combat training exercises.

While the cause of the incident is still under investigation, preliminary findings cited by Marine Corps officials indicate that the aircraft crashed as the result of a mechanical failure. This is the second high-profile aircraft crash for the United States military in a single week. An Air Force F-16 crashed off the northeast coast of Japan on 22 July.
Although unrelated, these accidents are likely to stir up more opposition from Japanese citizens protesting the US presence in Okinawa and the eventual deployment of Marine Corps MV-22B Ospreys to Okinawa that were delivered to MCAS Iwakuni, Japan on 23 July.

More Japanese opposition to US military air operations can be expected in the aftermath of these mishaps especially since the AV-8Bs are also operational in Japan with Marine Corps squadrons. 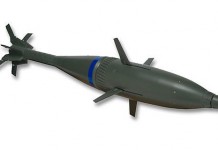