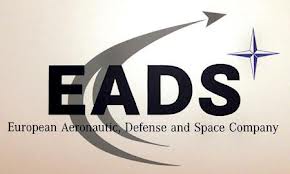 BAE and EADS decided to drop the proposed merger. After four week discussions it became clear that the two companies could not reconcile their tripartite interests in a unified entity. “BAE Systems and EADS have therefore decided it is in the best interests of their companies and shareholders to terminate the discussions and to continue to focus on delivering their respective strategies,” BAE said in a statement. BAE said it had become clear that the interests of the French, British and German governments could not be reconciled with each other or with the objectives that BAE and EADS established for the merger. The German side posed most of the obstacles, over concerns raised at the highest level of government about share ownership, and potential consequences of redundancies related to workforce and operating facilities. London and Paris were generally supportive of the proposed merger.

Although BAE is a private British company, over half its revenues are derived from its US based subsidiaries. In contrast, the Franco-German EADS, is largely influenced by civil aviation market trends (Airbus is its largest holding), the German and French industrial groups and the French government. Eventually, it was the German Government that objected to the merger and was the main roadblock in the process. Germany does not currently have a direct stake in EADS, but is represented by industrial ally Daimler AG, which holds just over 22 percent. Daimler said it still aims to reduce its EADS stake this year despite the failed merger talks. The companies had until 1600 GMT today to declare their intentions. The merged company could become the world’s largest aerospace, defense and security company with over quarter million workforce. While Britain and France supported the merger, it was Germany who posed most of the demands, which were met by the other parties.

Munchen, London – September 13, 2012: BAE Systems plc (BAE Systems) and EADS N.V. (EADS) confirmed yesterday that they are negotiating a possible merger which would create the world’s largest aerospace and defense company. In practice, the two groups would create a dual listed company structure, under which both companies would operate as one group, by means of equalisation and other agreements, but would be separately listed on their existing exchanges. In response to BAE systems’ announcement that came after sudden share price movement in the London Stock Exchange, EADS confirmed it is in talks with BAE but cautioned that the matter is subject to the approval of the Board of EADS and there can be no certainty that these discussions will lead to a transaction.

According to BAE announcement it will own 40% of the shares of the enlarged group’s shares with EADS owning the majority (60%). It is contemplated that there would be a unified board and management structure with identical boards and executive committees at each of BAE Systems and EADS. In addition, subject to receiving appropriate shareholder approvals, the parties envisage issuing special shares in BAE Systems and EADS to each of the French, German and UK governments to replace the existing UK government share in BAE Systems and the stakeholder concert party arrangements in EADS.

Under the transaction structure being discussed between the parties, BAE Systems and EADS envisage that certain of their defence activities would be ringfenced with governance arrangements appropriate to their strategic and national security importance, particularly in the USA, given the importance of that market to the enlarged group.

BAE Systems and EADS have a long history of collaboration and are currently partners in a number of important projects, including the Eurofighter and MBDA joint ventures. The potential combination would create the world’s largest aerospace, defence and security group with substantial centres of manufacturing and technology excellence in France, Germany, Spain, the UK and the USA with business volume twice as big as today’s leader Lockheed martin.

BAE Systems and EADS operate highly secure and sensitive defence businesses in the USA, the UK, France, Germany, Spain, Saudi Arabia and Australia, amongst other countries. Discussions have therefore been initiated with a range of governments about the implications of the potential transaction.

“BAE Systems and EADS believe that the potential combination of their two businesses offers the prospect of significant benefits for customers and shareholders of both companies. These benefits include cost savings, such as from procurement and sourcing efficiencies available to the enlarged group, and substantial new business opportunities.” BAE’s announcement said.