The market for military goods and services appears to have entered a prolonged downturn. Although the earnings of defense contractors remain strong, revenues have begun to weaken. If demand continues on its current vector, then eventually the softness at the top line will begin impacting the bottom line — meaning earnings.

The biggest defense companies have adopted a number of strategies to delay that day such as buying back shares, but they can’t do that forever. Thus, if past downturns are any indication, the defense industry is entering a rationalization phase in which the number of players adjusts to reflect a secular decline in demand.

That raises the question of who will lead sector rationalization — usually referred to as “consolidation.” There are two ways of leading consolidation — by buying and by selling. Companies can’t get bigger through acquisitions unless other companies are willing to get smaller, or disappear entirely. But which company will go first? It certainly isn’t going to be industry-leader Lockheed Martin, which came into being largely because of management’s willingness to go first in the last round of consolidation. That process worked so well that Lockheed Martin is now the best-positioned player in the sector, and thus has the least incentive to entertain major strategic moves. It will continue trimming and shaping its portfolio, but not in big ways.

The second-ranked Pentagon contractor, Boeing, is similarly lacking in incentives to buy or sell in a big way. Boeing gets 60% of its revenues from commercial transports and 40% from defense, a mix that insulates it from downturns in either market. But right now the opportunities for growth on the commercial side are much bigger than those on the defense side, so senior management probably doesn’t want to spend billions on becoming even bigger in defense. It would make a lot of sense for Boeing to buy the military-aircraft operations of Northrop Grumman if they become available, but CEO Jim McNerney probably has his sights set on definitively beating Airbus in the jetliner business before upstarts like China become major competitors.

Raytheon isn’t going to lead sector consolidation because, like Lockheed Martin, it is already well-positioned in the defense marketplace. Its products — radars, missiles, networks — will do well regardless of whether the Pentagon buys new combat systems or upgrades old ones. With CEO Bill Swanson approaching retirement, there is little reason to consider an eleventh-hour course correction in what looks like an unstoppable corporate juggernaut.

BAE Systems is also unlikely to lead consolidation in the U.S. market because the British-based company is seeking growth in other countries, and its high dividend — a crucial discriminator for investors — soaks up most of the cash that could be used for acquisitions.

So that leaves two companies in the sector’s first tier that might be candidates to lead consolidation — General Dynamics and Northrop Grumman.

Those are the companies I think are most likely to make big strategic moves over the next two years. General Dynamics has a history of bold strokes, and newly-minted CEO Phebe Novakovic used her first earnings call to signal that the main focus of her tenure at the top will be shareholder value. That means GD might be a buyer or a seller, depending on which strategy gets shareholders the best results fastest. If Novakovic sees an opportunity to make a killing that can benefit shareholders in a big way, she’ll do it.

As for Northrop Grumman, CEO Wes Bush has done wonders with the company since taking the helm three years ago. It’s actually performing better in the downturn than it was when demand was headed up. But Bush has to be asking himself where the company goes from here. Each of his three main business units — aerospace, electronics, information — is world class, but they’re locked in competition with similarly-endowed peers. That’s a tough situation in which to sustain the company’s margins, which right now are pretty impressive.

So Wes Bush might be thinking big about how to reposition his enterprise. The irony is that General Dynamics and Northrop Grumman are headquartered across the street from each other in the same Northern Virginia office park. If I had to guess where defense-sector consolidation was going to kick into high gear first, that’s the zip-code I’d pick. 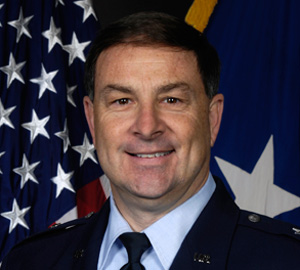 Sequestration and the US Defense Industrial Base – Dawn over Doomsday?