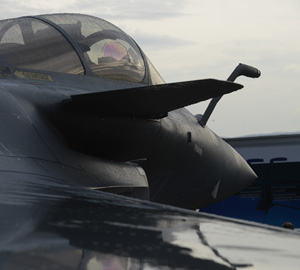 Paris, Le Bourget: On the occasion of the Paris Air Show, Hindustan Aeronautics Ltd Chairman, Dr RK Tyagi and Dassault Aviation chairman, Eric Trappier and their respective Senior Executives met to review the progress in ongoing projects. Among the projects on the agenda is the Indian procurement of Medium Multi-Role Combat Aircraft (MMRCA) project estimated to be worth around $20 billion, for which the French Rafale won as a lowest bidder (L1). Dassault was expected to provide 18 Rafale fighter jets in “fly-away” condition while state-run Hindustan Aeronautics Limited or HAL was expected to manufacture the rest in India.

However, more than a year after the announcement, the Indian government and the French suppliers have not reached an agreement about the responsibilities, schedules and work sharing in the program.

Last week French Defence Minister Jean-Yves Le Drian, said he is hoping France could make its first deliveries of the Rafale fighter aircraft to India between 2016 -2017. France’s draft defence budget was based on an assumption that the first deliveries of the Dassault Aviation-built fighters would start in 2016. Le Drian is expected to visit New Delhi soon to conclude the Indian MMRCA contract, the report added.

Part of the rift between the two sides was about the French vendor insisting on selecting a local prime partner that who enable the French company to commit to delivery schedules. HAL has been the favorite prime contractor for all the military aircraft built in India, leveraging technology transfer from the foreign company. However, this process has been mired with delays caused by slow learning curve, which further stretched delivery schedules.

With the MMRCA program the government imposed significant penalties which the French side has tried to avoid by having a deeper involvement in local manufacturing, through the implementation of manufacturing technologies, delivering the quality level required for such advanced plane. On their meeting at the Paris Air Show, both Chairmen expressed satisfaction on the work already achieved by the integrated teams and renewed their commitment towards successful completion of the various projects. 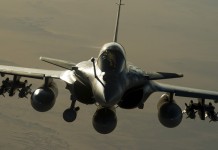