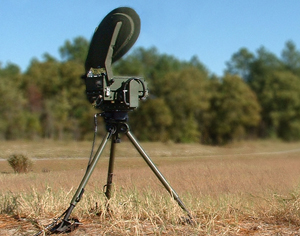 DRS Radar Systems, was awarded an US$8 million firm-fixed-price, multi-year, foreign military sales contract for the procurement of a border surveillance system for Egypt. The contract announcement published by the Pentagon did not specify the type of radar, nevertheless, the company’s main product – AN/PPS5-C Manportable Surveillance and Target Acquisition Radar (MSTAR) is the most likely to be delivered.

The MSTAR provides wide-area surveillance to a maximum range of 42 km, day or night and in all weather conditions. According to DRS, over 1,400 such systems have been delivered to date, and employed in both combat and peacekeeping missions, including significant use in the Balkans, Afghanistan and Iraq.  DRS has also been involved in the design, integration and installation and operational support of security systems in Egypt and Jordan, including sections around the world where major refugee crises are currently underway.