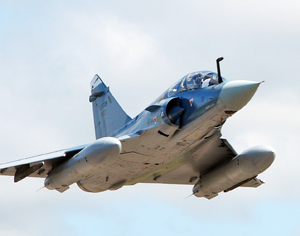 Brazil plans to withdraw from service 12 Mirage 2000C/B fighters operating with the 1st Air Defense Group, currently providing the mainstay of the country’s air-defense force. The jet fighters also known as ‘Jaguars’ are operating from Annapolis, about 140 km from the capital Brasilia. These fighters were acquired from French Air Force surplus in 2005 for $74 millions to replace older Mirage IIIBR fighter jets. France delivered three batches of the fighters in 2006, 2007 and 2008. At the time, the life expectancy of these refurbished fighters should last for 16-18 years (till 2025), however, after merely six years most of the small fleet exhausted its remaining operational life and required a temporary life extension plan to keep them flying until the next generation F-X2 was due.

The two years passed, but the decision on F-X2 is still pending and now, even the extra life of these Mirages has been depleted, with the jets reaching the absolute end of their operational life, and no further investment is in sight for further modernization. Since Brazil acquired the old variant (B/C) of Mirage 2000 it was not well equipped, and carried relatively obsolete weapons – Matra 530D and Magic II missiles. The radar did not provide Beyond Visual Range capability while navigation equipment was far from state of the art. The political changes in Brasilia, with the new president and defense minister at the helm means that the jets, bought by the former regime, will not be missed.

To fill the gap the Brazilian Air Force is planning to replace those jets with 6-12 modernized F-5Es obtained from the Royal Jordanian Air Force. Embraer is upgrading these fighters under a comprehensive modernization plan that initially included older Brazilian Air Force F-5E/Fs. Sofar 46 planes have gone through the upgrade and 11 more are planned to enter the process. While the F-5E has been upgraded with modern avionics and weaponry, its radar falls short of the radar carried by the Mirage 2000.

The Brazilian Air Force has examined several options for acquiring modernized second-hand fighters, but rejected those proposals, as it is about to decide on the $4.5–6 billion F-X2 acquisition (which has been dragged over more than a decade). For the F-X2 Brazil is considering three Generation 4.5 fighters – The US made Boeing Super-Hornet, Swedish developed Saab Gripen NG and Dassault Rafale from France. More editorial reserved for subscribers 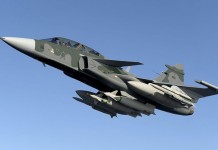