Moving to decommission almost all liquid-propelled ballistic missiles by 2020, the Russian Strategic Missile Force is planning to pursue a new liquid-propelled missile by that time, maintaining high payload to weight capability that only liquid propulsion can offer. A future liquid-propelled heavy ICBM currently under preliminary design, is expected to enter service by the year 2020, and replace the remaining SS-18 Satan. The Russian defense ministry announced its plans to develop such missile in 2011. Construction of the 100-ton prototype would begin in 2014, and an operational missile could be ready for testing in four years, in time to replace the SS-18, which have been in service since 1967.

Another move, and somewhat peculiar ambition by Moscow is the restart of development and production of railway-based ICBM, of which a first prototype could be deployed by 2020. The new missile will be about half the weight of the SS-24 Scalpel, which weighed 104 tons and required three locomotives to move on the rails. The MITT is also developing the new missile. It will be half the weight of the decommissioned SS-24, allowing them to fit into one railcar. The missiles were based on trains in order to make them harder to find than stationary launchers, complicating a counter-strike.

Click here for the full coverage of the Russian Strategic Missile Force Modernization.

The Soviet military deployed its first rail-portable long-range missile in 1987, and had 12 of them by 1991. Rail-mobile missiles were removed from service in 2002 and the last base dismantled in 2007 under the START II arms reduction treaty with the United States. However, the New START agreement from 2010 does not prohibit development of rail-mobile ICBMs. The return to missile trains is an apparent response to US plans to position elements of its missile defense system in Eastern Europe.

Russia’s Strategic Missile Forces commander Col. Gen. Sergei Karakayev said that this heavy missile would offer better payload-to-launch-weight ratio than in a solid-fuel missile. As a result, the missile would carry more powerful warheads, including MIRVs with decoy elements. “The higher energy provided by liquid fuels gives it more varied and effective methods of countermeasures against global missile defense screens including space-based elements of those systems,” Karakayev explained.

He added that the high payload capacity could also be considered by Moscow to produce a conventionally armed ICBM, based on this platform, making it an attractive counterbalance to the US ambition to field its “prompt global strike” (PGS) conventional global attack capability. “The availability of a powerful liquid-fueled ICBM allows us the capability of creating a strategic high-accuracy weapons system with a conventional payload with practically global range, if the US does not pull back from its program for creating such missile systems,” he said. In 2010 the US has tested a PGS prototype based on a Minuteman III ICBM, but have since opted to pursue hypersonic glider as the delivery means for PGS. Despite this test, US officials have stated their reservations from using a sea- or land-based ICBM system for Prompt Global Strike, as they would be expensive to develop and potentially “dangerous” to deploy, with enemy potentially confusing their launch to a nuclear attack. 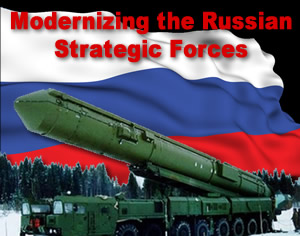 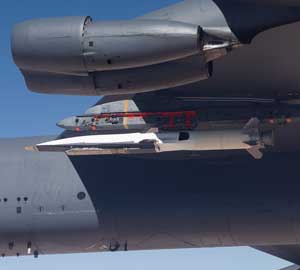