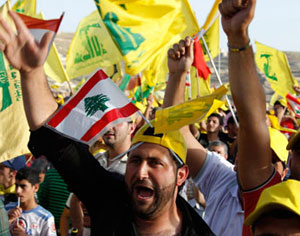 Current discourse on Palestinian and Lebanese social networks indicates that a surprising trend has emerged over the past six months with potential momentous consequences for Israel’s security concept and the strategic challenges before it.
According to INSS analyst Orit Perlov, the violent resistance (muqawama) against Israel by Hizbollah and Hamas has lost its legitimacy in Lebanese civil society and Palestinian society, respectively. Hizbollah and Hamas were founded as Islamic resistance movements based on the principle of violent struggle as both a vision and a means of freeing Arab lands from the “Zionist occupation.” However, since the onset of the “Arab Spring” these two movements have lost much of their political power, the support of Arab public opinion, and most important, their domestic support.

Current discourse on Palestinian and Lebanese social networks indicates that a surprising trend has emerged over the past six months with potential momentous consequences for Israel’s security concept and the strategic challenges before it. The violent resistance (muqawama) against Israel by Hizbollah and Hamas has lost its legitimacy in Lebanese civil society and Palestinian society, respectively.

The two movements were founded, Hizbollah in the early 1980s and Hamas in the late 1980s, as Islamic resistance movements based on the principle of violent struggle as both a vision and a means of freeing Arab lands from the “Zionist occupation.” The widespread support, sympathy, and admiration they earned over the past 30 years, domestically and in the Arab world, have dissipated. Since the onset of the “Arab Spring” these two movements have lost much of their political power, the support of Arab public opinion, and most important, their domestic support.

One of the most evident results of the “Arab Spring” has been the shift in focus by Arab civil societies from outside to inside – from foreign policy to domestic affairs. Civil society in the Arab world is demanding the redressing of injustices. Nationalism and Islamism have been replaced by a demand for democratization, rights, and freedom.

The Gazan and Lebanese civil societies, which have experienced civil wars and violent struggles against Israel, are not eager for revolutions or the collapse of the political and social structures. Moreover, as reflected in the social media discourse, neither the Palestinians nor the Lebanese believe any longer in violent struggle as a successful and legitimate means of achieving their political, socioeconomic, and national reforms. Trend analysis of the social networks among over one million Palestinians (which represents approximately 35 percent of the Palestinian population) and half a million Lebanese (15 percent of the population) reveals that for the first time in the past 30 years, the “enemy from within” (Hizbollah and Hamas) is regarded as more dangerous than the “from without” (Israel).

Civil society in Lebanon in large, including parts of the Shiite population), now reflects overwhelming opposition to Hizbollah’s policy in Syria and Lebanon. The announcement by US President Obama in late August that the US intended to launch a military strike againsrt Syria exposed the depth of the domestic Lebanese criticism of Hizbollah. Many Lebanese politicians attacked the organization’s policy, and Hizbollah ally Michel Aoun, a member of the March 8 Coalition, announced that if Hizbollah intervened in Syria during an American attack, he would withdraw from – and thereby dissolve – the coalition. Many TV channels mobilized to exert massive public pressure on Hizbollah not to intervene in the Syrian civil war, and many commentators and interviewees publicly opposed any Hizbollah military action against Israel. The public “turned its back on Hizbollah,” and some even tweeted that “Hizbollah is more dangerous to Lebanon than Israel.” Indeed, Israel has become marginal to the domestic Lebanese discourse, with the three main themes of being the Syrian civil war and its effect on Lebanon; the deteriorating security situation and the domestic ethnic Lebanese struggle; and the domestic effect of Hizbollah’s political weakening.

A similar picture applies to Hamas in the Gaza Strip. The wave of revolutions in the Arab world has brought about a change in domestic Palestinian discourse: from a focus on “Israel, the enemy without” to “Hamas, the enemy from within;” from a discussion of a violent nationalistic struggle to a discussion of rights, freedom, and a better standard of living. Internet discourse reveals that for the first time since the establishment of Hamas, a majority of the Gaza population want to overthrow the Hamas regime. This is the first time that Gazan public opinion has indicated that the public regards Hamas’ policy as a greater threat than Israel to their well being.

The collapse of the Muslim Brotherhood in Egypt has accelerated the process, and made it unmistakably clear that the slogan “Islam is the solution” hasn’t achieved economic prosperity either in Egypt or the Gaza Strip. On the contrary; the situation in Gaza is deteriorating. The Egyptian military has launched an unprecedented attack on Hamas in Gaza, from its leadership to tunnels to weapons smuggling and to the terrorist factions jockeying between the Gaza Strip and Sinai. A “buffer zone” between Egypt and the Gaza Strip was created, and public opinion in Egypt has even begun to demand collective punishment of Gaza: no fuel, gas, or food. The border crossing between Gaza and Egypt is almost completely closed (except for special cases), and Egyptian state media (both social networks and the press) have declared that Hamas is a “terrorist entity” and Gazans are “terrorists.” They have even stated that Hamas and Gaza currently constitute a danger to the national security of Sinai and Egypt.

The discourse on the social networks thus points to three conclusions. The first: The Lebanese and Gazan publics no longer believe that the violent struggle is an effective means of realizing their social, economic, and national aspirations. In the dialogue on the social networks, a public demand for a violent struggle against Israel no longer exists. Two, both movements are losing their political power. The slogans used by Hamas and Hizbollah, “Islam is the solution” and “ideology built on violent struggle,” are rapidly losing their legitimacy. Finally, the two movements will have to reform their internal and external policies. Otherwise, they are likely to collapse.

About the writer: Orit Perlov, a social media analyst, follows and analyzes the discourse on the social networks in Arab states. Prior to joining INSS, she served as a political advisor to the Israeli Ambassador at Large based with the informal Israeli mission in the GCC. She is the former co-editor of the Israeli Foreign Ministry website in Arabic. 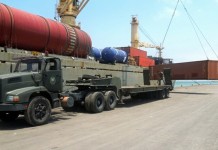