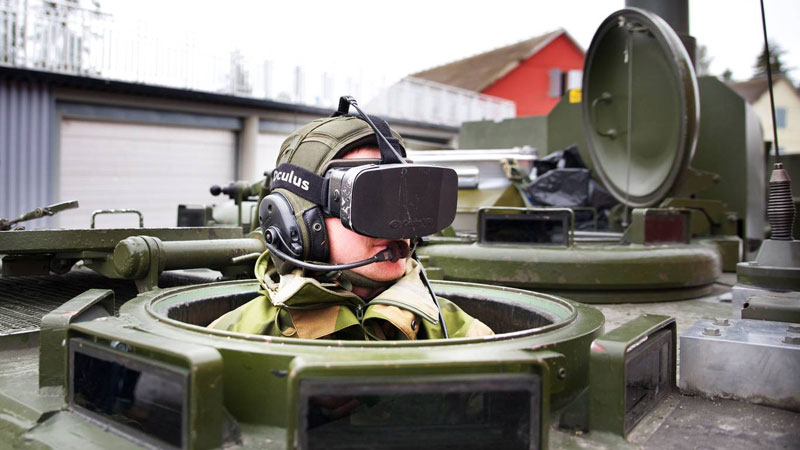 The Norwegian Army is evaluating the use of commercial off the shelf (COTS) Virtual Reality (VR) goggles in an ‘Augmented Reality’ (AR) application, enabling troops to look through the armor walls protecting their vehicles. In a recent test troops were able to drive an M-113 armoured personnel carrier using the Oculus Rift gaming-goggles, Tech Week (TU) military reporter Eirik Helland Urke reported from the Rena proving grounds, Norway.

The tested apparatus included a prototype of the Oculus Rift goggles coupled with specially developed cameras and image processing software delivered by the Hamar company. The panoramic images captured by the cameras covered the entire vehicle’s surrounding providing real-time situational awareness. Augmented Reality information overlay developed by another company – Augmenti, was also tested by the Army.

The Battle Lab believes the system can be operational in as little as five years.” Odden said that within two or three years such an application could ruggedize and mature for military qualification and get ready for within real traffic.

Together with the Oculus Rift goggles, the system allows the vehicle operator to navigate independently, without verbal commands from the vehicle commanders, enabling the driver to independently control the vehicle responding to the commander’s intent, rather than having to get constant ‘left’, ‘right’, stop’, fast forward’ driving instructions. Moreover, the driver could cover blind areas with the augmented reality display. This allowed the vehicle commander to focus more on the combat situation at hand. With the system, operators could monitor the vehicle surrounding, over 360 degree filed of view, while ‘buttoned up’ – maintaining armour protection with hatched closed.

“This concept shows great promise. [although] We found the goggles to lack the screen resolution to see well at a distance, [the goggles] can also cause a certain degree of dizziness for the vehicle operator, but overall we believe these issues can be improved fairly quickly” Major Ola Petter Odden, of the Army’s Combat Lab told TU. “The Battle Lab believes the system can be operational in as little as five years.” Odden said that within two or three years such an application could ruggedize and mature for military qualification and get ready for within real traffic.

Indeed, a more advanced version is already in the making. Oculus VR, the developer of the revolutionary goggles are currently preparing the launch of the development version of the second generation product – subbed DK2. Cash infusion by Facebook will also help the company bring its product to market faster and more affordably, Oculus VR founder Palmer Luckey said. This new version will feature free movement, more accurate position tracking and lower latency and low persistence display, improving longer use.

With augmented reality goggles that could resemble current night vision devices, the warfighter will be able to develop full situational understanding. In fact, night vision from fused thermal aid image intensifier sensors would also be a bonus!

Providing built-in line-of-sight integration with AR display, the Oculus Rift goggles enable the display to seamlessly follow the wearer’s head’s movements. For example, the driver wearing the goggles could look forward or sideways, ‘into turns’ – a task that regularly requires directions by the vehicle commander or from an external controller. Using the Oculus Rift goggles, the driver could view left or right, looking ‘through the vehicle’ while watching real-time views picked by the side mounted cameras. With the new goggle the driver has also demonstrated precision driving, parking at a narrow parking spot within centimetres of the guidelines, without guidance by the commander or ground directions.

Oculus Rift goggles are becoming a hot product primarily with gamers but since the acquisition of Oculus by Facebook, new applications are suggested for the technology, from simulation, to physical training, and virtual tourism. Military applications for VR and augmented reality are numerous, ranging from gaming-style dismounted battlefield training, to driving, as demonstrated by the Norwegian Army, to intelligence surveillance and reconnaissance analysis and remote control of drones, robots, diving vehicles and other sensors, where operators can precisely direct complex manipulators and other equipment from afar. The ability of augmented reality displays to show layers of information superimposed over real or synthetic view could also help warfighters and leaders in assessing complex combat situation, which nowadays addresses threats that are not limited to the visual sense.

Such threats could be enemy activity reported in real-time by unmanned aerial vehicles, locations of buried or hidden IEDs, sensed by chemical sniffers, invisible, odorless yet hazardous dispersant materials that could harm the forces, or lurking cyber threats, affecting their communications links, compromising classified information or simply drain the power from their backpack equipment. With augmented reality goggles that could resemble current night vision devices, warfighter will be able to receive indications about such threats in real time, superimposed over the real world picture they see. In fact, night vision from fused thermal aid image intensifier sensors could also be a bonus. 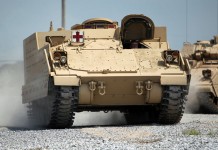 Bradley based armored vehicles to replace M113s in US Army service 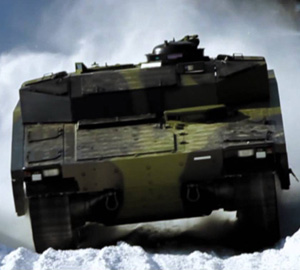