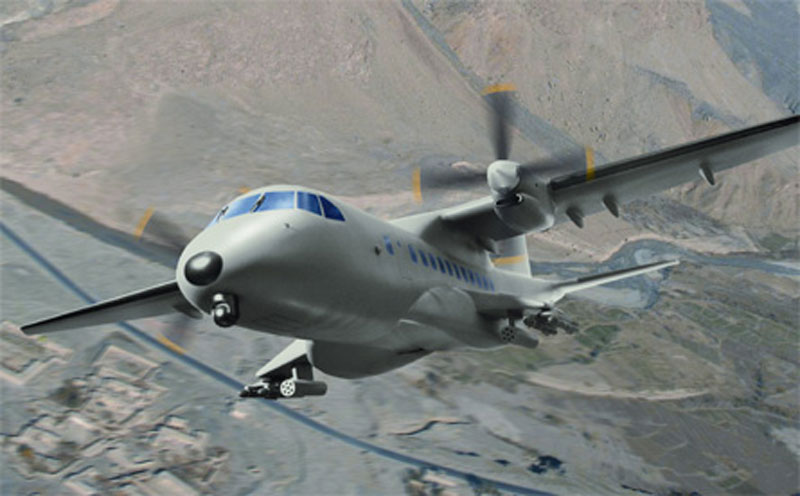 ATK and the King Abdullah II Design and Development Bureau (KADDB) have delivered the first modified CN-235 light gunship aircraft to the Hashemite Kingdom of Jordan. The completed aircraft re-designated AC-235 will be unveiled at the 10th Special Operations Conference and Exhibition (SOFEX) exhibition taking place in in Amman, Jordan next week.

The AC-235 will be fitted to carry Advanced Precision Kill Weapon System (APKWS) laser guided rockets; on that accord, the, U.S. Navy has signed an agreement with the Hashemite Kingdom of Jordan on April 14. The initial Foreign Military Sale (FMS) includes procurement of the weapons as well as logistics and engineering support for integration on the Jordanian CN-235 gunship. The Navy and industry partner BAE Systems plan to deliver APKWS to the Jordanian Kingdom in 2016.

In collaboration with KADDB, ATK developed and provided the system integration and aircraft modifications to turn a CN-235 cargo plane into a multi-mission gunship. Modifications included the installation of an electro-optical targeting system, a laser designator, aircraft self-protection equipment, a synthetic aperture radar and an armaments capability that provides sustained and precise firepower in a variety of scenarios using Hellfire laser-guided missiles, 2.75-inch rockets, and a side-mounted M230 link-fed 30mm chain gun. The ATK-supplied gun is controlled by the fire-control system, automatically linking the gun’s aim point to the selected target of interest, as illuminated by the mission operators using the laser designator. These capabilities are integrated with and controlled by ATK’s Mission System that provides both day and night reconnaissance and fire control capabilities, and the ability to acquire, monitor and track items of interest.

ATK and KADDB began the U.S.-based flight and gun test program in the fall of 2013. The comprehensive test program validate the performance of the gunship and performed the system checkouts. Testing included a full suite of aircraft flying qualities, sensor and weapons testing, with accuracy validation completed in March 2014. 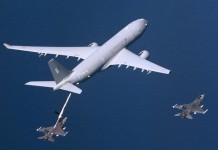