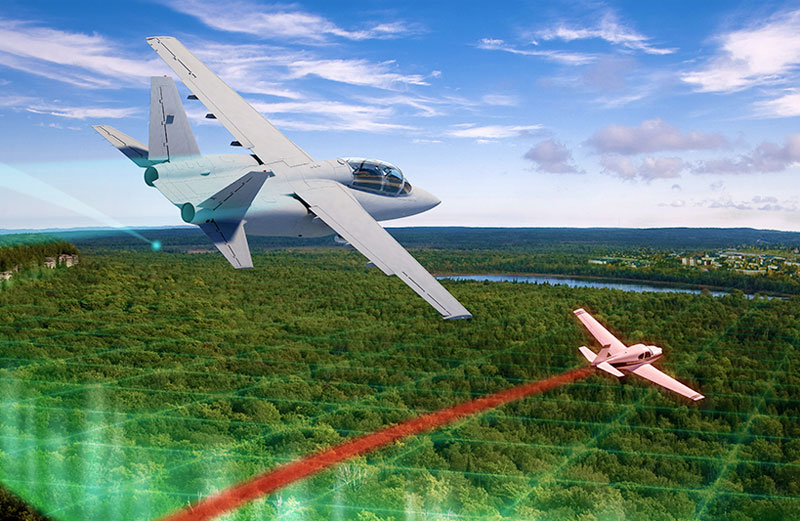 In February, a hijacked Ethiopian Airlines plane was escorted by Italian fighter jets to land at the Swiss town of Geneva. Why Italian? because the Swiss Air Force was closed at this early hour (06:02). “Switzerland cannot intervene because its airbases are closed at night and on the weekend,” spokesman Laurent Savary told AFP. “It’s a question of budget and staffing.” As a neutral country Switzerland does not contribute forces to NATO or other U.N. contingencies overseas. Nevertheless, the country has invested significant amounts in maintaining a military force, but is currently preferring to rely on its neighbours’ military capabilities. The incident came at the right time to convince the Swiss people they were willing to take the risk – in a national vote two months later they opted to waive a Swedish offer to replace their obsolete F-5Es with the modern Gripen E fighter. If the air force isn’t ready to do its job, why invest in modernization?

An air defense gap over Finland could become a serious concern for NATO and Europe, with the rising tension over the Ukraine, and the Baltics

Switzerland, Austria and Finland opted not to join the NATO alliance, and, therefore they can’t share the burden of joint air defense as other European nations do. While Switzerland is surrounded by European friendly neighbours, the case of Finland is different, as the country stretches along half of the border line separating Russia and Europe.

Suffering from repeated violations of its airspace by Russian reconnaissance aircraft, the Finnish Air Force has failed to pursue recent incursion. One incident on May 20 was of special importance as it uncovered their poor state of readiness. Sauli Niinistö, the commander-in-chief of the Finnish Defense Forces, admitted in an interview that his Air Force fighter jets were unable to respond to the violations of Finnish airspace by two Russian aircraft, as their flight path crossed the international boundary line over the Russian enclave of Kaliningrad. Apparently, the F/A-18 Hornet pilots assigned to  that shift were not on standby, since the air force staff decided to reduce the overtime to cut costs. Waiting for their regular working hours, the fighter jets were ‘scrambled’ only four hours after the alert came. At that time, they two of the targets disappeared (probably ran out of fuel and landed). Luckily a third Russian intruder appeared and chased away by two Finnish jets. “The resources of the Defense Forces are evidently scarce,” Niinistö explained.

This air defense gap could represent a serious concern for NATO and Europe, particularly with the rising tension over the situation in Ukraine, the Baltic and Kaliningrad. At the state of alert of the Finnish Air Force, potential incursions are likely today more than ever before.

Airspace policing and control of restricted airspace are also an important mission for countries facing threats of aerial terrorism. After the Sept. 11, 2001 terrorist attacks, the U.S. military boosted its alert facilities around the country, maintaining fighter pilots round-the-clock state of readiness, 24/7. The Air National Guards is scrambling fighter jets about once a week, on average, to intercept civilian planes that stray into restricted airspace.

In recent years aircraft manufacturers have come up with ‘air policing aircraft’ that could fulfil those missions, and be suitable for operations in nations like Switzerland, Finland and many other countries in Europe and the more peaceful parts of the world, that do not face high performance threats. Aircraft such as the turboprop or jet trainers (Aero L-159, Embraer Super Tucano, Beechcraft AT-6 or the new Textron AirLand Scorpion, are all available in armed configurations that would fit the need for air-intercept missions during peacetime.

These nations do not need to maintain expensive, high performance supersonic fighter jets, and could use more efficient, though less performing armed aircraft that can fulfil airspace policing role to a reasonable degree. In fact, some of these aircraft are more capable than fast jets, in chasing small, slow aircraft and helicopters and unmanned aerial vehicles.

As these aircraft would be used on a single mission, pilot skills could be less demanding, enabling operations by part-time pilots – all contributing to lower operating costs. Admittedly, these aircraft would not be able to chase a fast enemy jet on a penetrating recce mission, or a combat formation of Su-30s en-route to their targets at Mach 1.5, but it will be able to deal with any airliner that deviates from its course, or a light aircraft carrying drugs dashing across the border at low-level.

Air defense exclusion zones are at the core of the conflict over the Yellow Sea, where China, Japan, Taiwan, South Korea, Vietnam and the Philippines are entangled over sovereignty over several archipelagos in the South China Sea. Each of the countries involved declared its own Air Defense Identification Zones (ADIZ) as a claim for airspace over the disputed territories. The fiercest conflict is waged between China and Japan over the Senkaku islands, with China repeatedly sending air patrols crossing the islands’ airspace into the areas claimed by the Japanese. The rising tension has also attracted Russian overflights, which are also tasking the japans air force. The number of intercepts in 2013 was 415 – up from 306 times in 2012. And in the period of October 13 through March 14 it has further increased to 266.

The Chinese are not idle either. In recent weeks, they have followed Japanese flights in the ADIZ, with Chinese fighters getting alarmingly close to the Japanese aircraft. Last week two pairs of Chinese Su-27 fighter jets were scrambled and flew unprecedentedly close to a Japanese OP-3C surveillance plane and a YS-11EB electronic intelligence aircraft.

Considered as a matter of national security, Japan has allocated significant resources to maintain and improve its fighter jet fleet made of F-15J and F-2 aircraft. The modernization of that fleet, primarily with the introduction of the F-35A and future ‘Shinshin’ (ATD-X) is a major factor in the country’s entire defense expenditure for the coming years.

Turkey, has also presented a firm stand toward incursions by its neighbours. In the past, Turkish Air Force fighter jets had several encounters with Greek aircraft, over the mediterranean and over the disputed areas in Cyprus, but the conflict with Greece has diminished, at least in terms of air warfare. In recent years, the tensions have shifted south, to Syria and more recently to the East, over the Iranian border. Hostility between Turkish and Syrian forces have occasionally flared up since the start of the civil war in Syria in 2011. When Syria shot down a Turkish jet in June 2012, Turkey changed its rules of engagement and warned that it would strike Syrian warplanes that approached the Turkish border. Turkey shot down a Syrian jet in late March after it violated Turkish airspace on the Turkish-Syrian border near Yayladağı, a district in southern Hatay.

Last month, two jet fighters were scrambled to intercept a Syrian military helicopter approaching the border of Hatay province. The military said in a statement that a Syrian Mi-8 helicopter turned back 0.9 nautical miles from the Turkish-Syrian border as Turkish F-16 fighters approached. Under Turkey’s new rules of engagement, any Syrian military unit approaching the border is considered a threat. Last week the Turkish Air Force scrambled two F-16s against an Iranian recce aircraft, which turned back 20 seconds after crossing the border over the eastern province of Iğdır, bordering Iran.