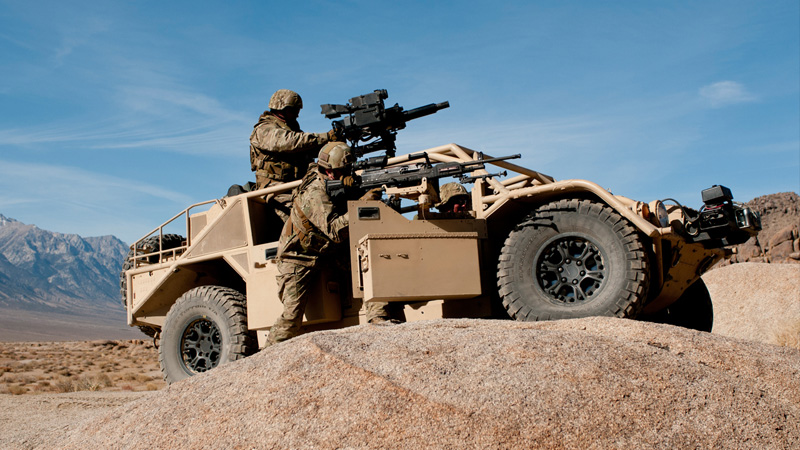 General Dynamics Ordnance and Tactical Systems (GD OTS) announced it has reached a critical milestone and is moving to low rate initial production (LRIP) with the custom designed Flyer 72 all terrain vehicle it has been selected to produce for the US Special Operations Command (SOCOM).

The Ground Mobility Vehicle 1.1 program after receiving notice that a Milestone C Decision has been reached by U.S. Special Operations Command (USSOCOM). Under the LRIP option, General Dynamics will produce and deliver 72 vehicles to USSOCOM by 2016.

Under the contract was awarded to GD in August 2013, the company redesigned the Flyer 72 to meet GMV 1.1 specifications, demanding an extremely light, highly mobile vehicle, that is weighd and measured to be internally transportable in C/MH-47 helicopters.

Jointly developed by General Dynamics and Flyer Defense, the Flyer 72 has a top-speed of 100 mph, a cruising range of 350 miles and can carry up to nine operators with payload while traversing remote and demanding terrain. With a payload-to-weight ratio greater than 1:1, the Flyer 72 is unique in its ability to carry more than it weighs. It can easily be reconfigured to meet a wide range of specific mission sets without modifying the vehicle’s base design or using any special tools.