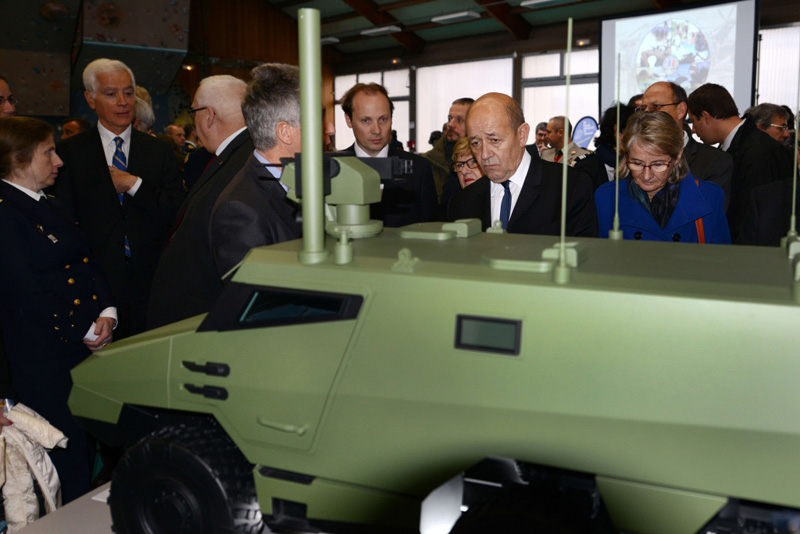 The French ministry of Defense has awarded a development and production contract for nearly 2,000 armoured vehicles of two new armoured vehicles to be built jointly by the GME consortium formed by Nexter, Renault Trucks Defense and Thales. The two vehicle types – called ‘Griffon’ and ‘Jaguar’ are both part of the French land forces modernisation program known as ‘Scorpion’. Almost 2,000 vehicles will be delivered to the French Army beginning in 2018, along with a new electronic and C4ISR architecture, weapon systems and associated logistical support equipment.

Upon delivery, Griffon will replace VAB, while Jaguar will replace several types of armoured combat vehicles such as the AMX10RC, ERC Sagaie and VAB Hot – all combat vehicles produced in the 1970s and 80s and used extensively by the French Army in all theatres of operation for thirty years.

The program funds the total production of 1,970 vehicles – including 1,722 VBMR Griffons and 248 EBRC Jaguars.

The Scorpion program will also provide a new command, control and networking system (designated SICS V1), to be shard by the future force. The program will also fund the S1 modernisation of 200 Leclerc tanks, to be fitted with new veronicas and embedded simulation for enhanced training experience. This task is planned to begin in the year 2020.

In addition to Nexter, Thales and RTD, that have joined forces under the GME consortium, the program also involves Sagem Defense of the Safran Group, as the electro-optics system provider for the EBRC, CTA International a joint venture between Nexter and BAE Systems, providing the 40 mm gun and MBDA providing the medium range Missile (MMP) which will also be used on board. The program is expected to support about 1,000 new jobs in its development phase and 1,700 jobs in its production phase.