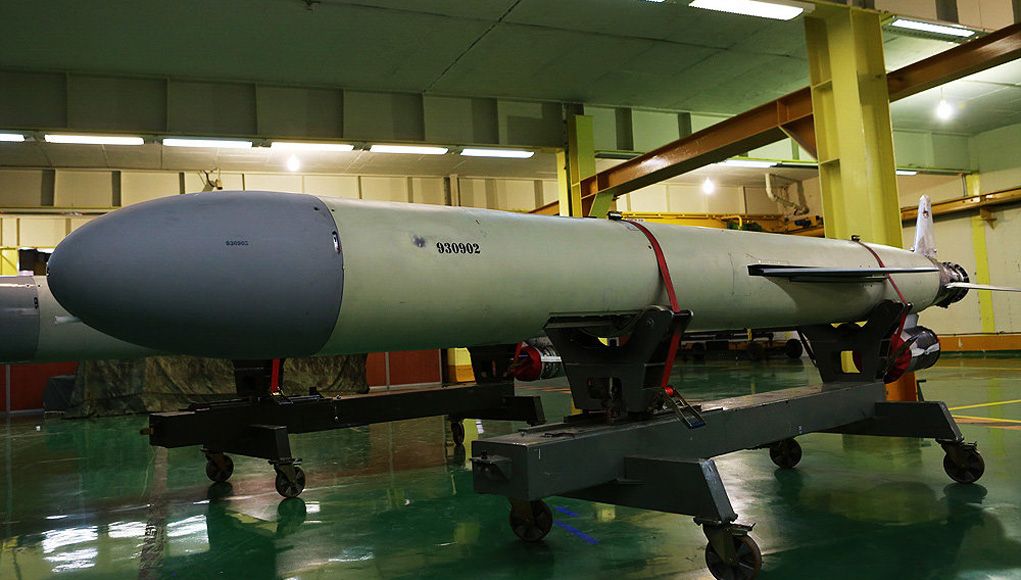 No details about the weapon’s specifications, performance or payload were provided but according to the Iranian media, Tehran plans to introduce an enhanced model of the missile this year, that will increase the range, accuracy and warhead capability of the current version.

The missile seems to be one of the variants of the ‘Meshkat’ cruise missile, announced by the director of the Iranian Defense Ministry’s Aerospace Organization, Brigadier General Mehdi Farahi three years ago. “Meshkat cruise missile, which God willing will be unveiled soon, has a range of more than 2,000 kilometers.” Farahi told the Iranian media in 2012, “it will be the upper hand of the Armed Forces of the Islamic Republic of Iran.”

As mentioned above, most of the Iranian coastal and naval attack missiles are based on Chinese C-series (C-701, 704, and 802). Unlike these, Soumar do not resemble any Chinese weapon, but bears close similarity to the Russian Kh55SM cruise missile. Iran acquired 6 such missiles from the Ukraine in 2001. These missiles were also sold to China in 2000 and more were delivered to an undisclosed customer, assumably North Korea.

One of the factors determining the missile’s range is likely to be the miniature turbofan. The original weapon delivered to Iran was powered by the Russian designed, Ukraine made R95-300 mini-turbofan, but in the mid 2000s, as Russia transferred the production of critical systems to its industry, equipping its new production missiles Kh55 with TRDD-50 turbofans made by the Russian Saturn company. According to expert assessments, if the Iranians had access to the Russian engine or the original R95-300 produced in the Ukraine, the missile could reach an operational range of 2,000 km, carrying a warhead of 410kg weight. The strategic version used by Russian Air Force carries 200-250 Kt nuclear warhead.

Russia is not likely to allow the export of such engines to equip foreign weapons programs, since it will be considered a violation of the MTCR regime. But Moscow agreed to supply such engines to power the Indian target drone ‘Lakshya’. However, the mini turbofans are believed to have also powered the Indian cruise missile Nirbhay on its maiden flight in October 2014.

As a variant of the Kh55, the Iranians could also pursue the course the Russian designers paved, turning their cruise missile into a versatile strike weapon launched from submarines, surface ships and ground based launchers. Unlike the fixed engine configuration of the Kh55, the 3R-54 ‘Club’ uses a ‘drop down’ engine, thus packing the cylindrical missile more efficiently in storage canisters, ensuring unobstructed launch procedure, particularly from the confined space of submarine launchers.

An interesting capability introduced by the missile manufacturer ‘AGAT’ is the containerized version – Club K, enabling the launching of cruise missiles from ‘innocent looking’ cargo ships, rail cars or trucks, a practice the Iranians, Syrians and their Hezbollah proxy have practiced many times in the past.