SANAA (Reuters) – Saudi-led airstrikes killed at least 16 people in Yemen on Friday, the country’s dominant Houthi militia said, and the European Union and United States appealed for a pause in the war to enable aid deliveries to stricken civilians.

The Saudi retaliated after Yemeni Scud missile targeted the Saudi strategic missile base in Wadi ad-Dawasir (Al Sulayyil) in Riyadh province on June 30. The base is located about 400 km from the Yemeni border, within range of Yemen’s Scud ballistic missiles. Operational since 1988, Al Sulayyil missile base was the first operational base of the Royal Saudi Strategic Missile Force. It operates an unspecified number of Chinese made DF-3 ballistic missiles.

An Arab coalition has been bombarding Iran-allied Houthi forces and allied army units since March in a campaign to restore exiled President Abd-Rabbu Mansour Hadi to power.

Houthi sources said six people including a woman and a child were killed and six wounded in a dawn air strike on the al Jaraf neighbourhood of the capital Sanaa.

The Houthi-controlled Saba news agency reported 10 people were killed by Saudi-led aerial attacks on a building in Bayt al-Faqih city in the southwestern province of al Hodeida.

Eight Houthis were also killed in an explosion at the public library in the Red Sea port city of Hodeida used by members of the group, local officials said. But the exact cause of the blast was disputed, with one report saying it was caused by an air strike while another said it was a car bomb.

Air strikes were also staged against Faj Attan mountain overlooking Sanaa, home to a military base and a weapons depot that had been a frequent target in the course of the three-month-old war in the Arabian Peninsula country.

In the dawn attack, warplanes also hit the ministry of communications building, Saba reported, setting it on fire and destroying nearby buildings.

Warplanes returned for another raid on Sanaa around noon, but there was no immediate word on casualties or damage.

The Houthis captured Sanaa last September, pushing Hadi’s government aside and then began expanding south and westwards. The president eventually fled the port of Aden in March after the Houthis advanced on his southern stronghold. 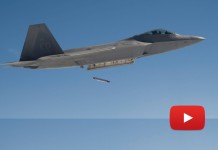