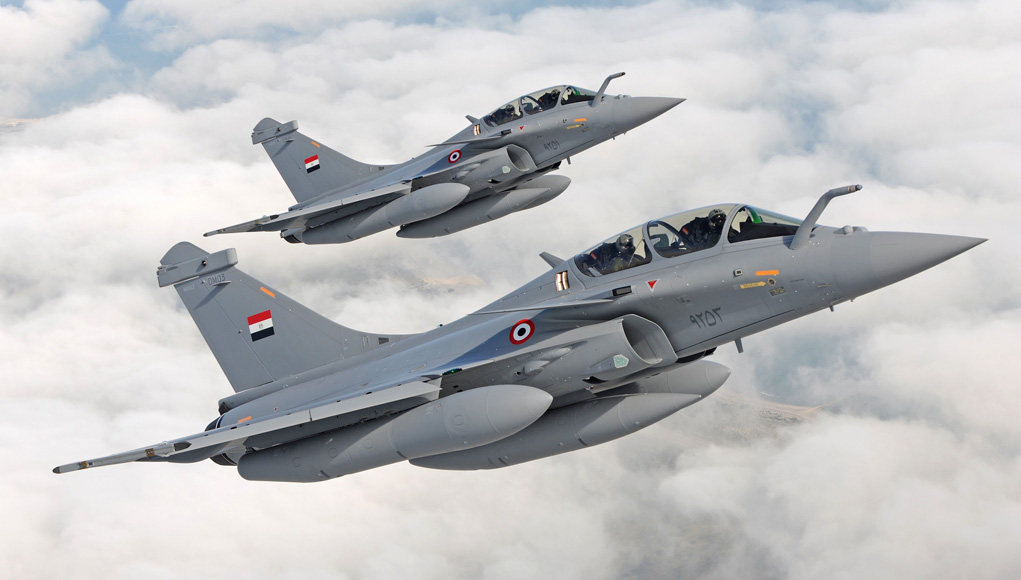 Dassault Aviation officially delivered today to the Egyptian Air Force the first three Rafale fighter jets. The official ceremony was held today at the Dassault Aviation flight test center in Istres. This first delivery comes just five months after the Egyptian decision to acquire 24 Rafales (16 two-seaters and 8 single-seaters) in order to equip its Air Force with a latest-generation multi-role fighter capable of meeting the country’s operational requirements and enabling Egypt, with full sovereignty, to secure its geostrategic position in the region. Egyptian pilots, trained by the French Air Force, will fly the three two-seater aircraft to Cairo. The new fighters are expected to take part in the inauguration of the expanded Suez Canal, August 6th.

The Rafale continues a long tradition of French aircraft serving in the Egyptian Air Force. “This contract constitutes a new milestone in the cooperation between Dassault Aviation and Egypt since the 1970s – more than 40 years of an exemplary partnership marked by commitment and mutual trust. After the Mirage 5, the Alpha Jet and the Mirage 2000, the Rafale is the fourth Dassault aircraft to fly in Egyptian colors,” said Dassault Chairman and CEO Eric Trappier.

“Egypt is the first export customer for the Rafale, as it was for the Mirage 2000. We are very pleased with this partnership, which over time has shown its solidity and ensured the durability of the historical links between our two countries.” Trappier continued.

For Egypt, the agreement is also a show of support for President Abdel Fattah al-Sisi, who overthrew his Islamist predecessor in 2013 and wants to break a US monopoly over arms sales to Cairo. The overall deal with Egypt also includes contracts for missiles and for an FREMM multi-mission frigate from naval group DCNS.

Trappier said the number of annual Rafale deliveries would increase from 2018, adding that the rate could at least double from a current 11. He reaffirmed that he expected to sign a contract for 36 Rafale jets with India in coming months after negotiations began in April.