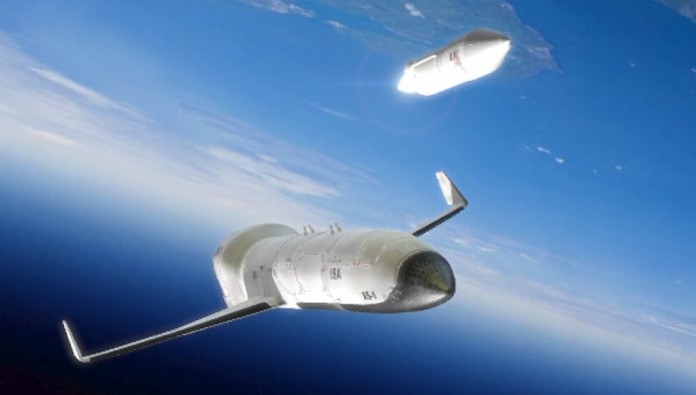 The objective of the Experimental Spaceplane XS-1 program is to demonstrate relevant technologies and then fabricate and fly a reusable, unmanned aircraft to the edge of space. The XS-1 would then deploy a small expendable upper stage able to launch a 3,000-pound spacecraft to Earth orbit at a cost of no more than $5M, or about one-tenth the cost of today’s launch systems.

The experiment will demonstrate the XS-1’s “aircraft-like” operability, cost efficiency and reliability, agency officials have said. Key anticipated characteristics of the XS-1 aircraft include a physical size and dry weight typical of today’s business jets.

The XS-1 will likely feature a reusable first stage and one or more expendable upper stages. The first stage will fly to suborbital space and then return to Earth, while the upper stages will deploy the space plane’s payloads.

Boeing already has experience building robotic space planes for the U.S. military. The company constructed the Air Force’s two X-37B space planes, which have launched on a total of four mystery missions over the past five years. In addition, DARPA is exploring another concept for launching small satellites to orbit from an F-15 – under Airborne Launch Assist Space Access (ALASA). The first in-air ALASA test could occur later this year.