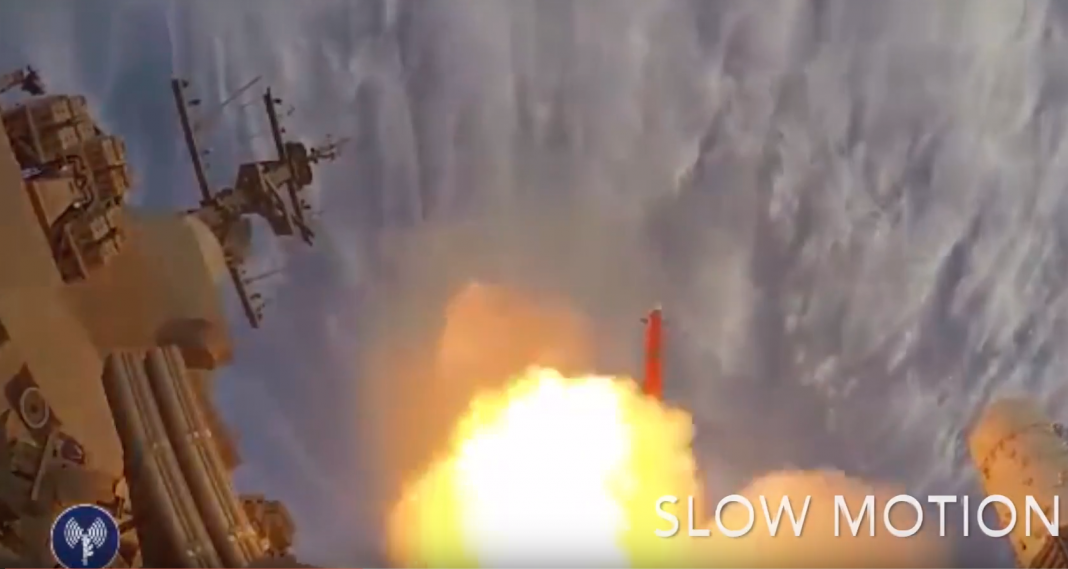 Israel’s Ministry of Defense and Israel Aerospace Industries (IAI) conducted today the first full system flight and intercept test of the Barak 8 missile system developed jointly by Israel and India. Upon the completion of the system verification test series, Barak 8 is expected to achieve initial operational capability next year.

The test was conducted from the Israel Navy SAAR 5 missile corvette INS Lahav, the first Israeli vessel to be equipped with the new air and missile defense system. The scenario began with the launch of a target, representing a reference threat. The MF-STAR on INS LAHAV detected the threat, tracked its course and passed it to the battle management center (BMC) inside the ship. The BMC calculated the optimal interception point, and assigned selected the missile interceptor for the launch. (The Barak-8 system can operate independently, or share assets across several platforms to provide effective area defense for larger battle groups).

Upon receiving the launch command the launcher activated the gas generator pushing the missile upward from the vertical launch canister, once cleared off the vessel the missile employed the thrust vector and aerodynamic controls to turn into its operational trajectory. After a midcourse flight in which the missile received updates about the target’s course and expected position, the missile’s active seeker was activated. Acquiring the target from close range the missile homed in on the target, scoring a direct hit with the target. “This was the second time the missile scores a direct hit, a testament of the system’s capability to deal with highly maneuverable targets” said Boaz Levi, Executive Vice President and General Manager of IAI’s Systems, Missiles & Space Group. “All weapon system’s components successfully met the goals of the test.”

According to the Israeli MOD, today’s test was a continuation of a comprehensive test held on land in late 2014, when the operational capabilities of both the Barak-8 naval system and MRSAM Medium Range land-based air defense systems were successfully proven.

Barak-8, jointly developed by the Israel Ministry of Defense (IMOD) and the Defence Research and Development Organization (DRDO) of India, is a cutting edge air and missile defense capability providing land and naval assets the ultimate protection against a variety of aerial threats. The system includes an advanced Phased Array digital radar, command and control, vertical launchers and missiles carrying a highly advanced seeker.

The Barak-8 naval version is intended for use by the Israeli and Indian Navies. The system has already been procured by additional customers. The first vessels to be equipped with the system are the three Israeli SAAR 5 missile corvettes (INS LAHAV, EILAT and HANIT) and three P-15A Kolkata class missile destroyers (KOLKATA, KOCHI and CHENNAI) of the Indian Navy. INS Lahav is the first vessel equipped with the missile on the Israeli side. INS Kolkata is already equipped with the systems is expected to begin the missile testing soon, tests are expected to be conducted at India’s missile test center off Odisha. Barak 8 Systems are undergoing integration on the two additional destroyers of this class.