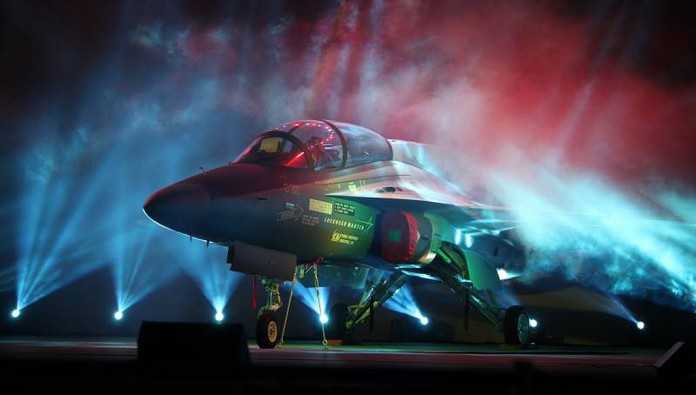 Sacheon, South Korea: Korean Aerospace Industries (KAI) unveiled yesterday the improved version of its T-50 Golden Eagle supersonic trainer, the model that KAI and Lockheed Martin are proposing as the successor of the US Air Force’ T-38 trainer, also known as T-X program. The T-X program, due for selection by late 2017 is expected to be one of the largest trainer acquisition worldwide. The US Air Force plans to acquire 350 advanced trainers, to replace the +50 year old T-38 Talon in service.

The new variant is currently designated as a flight demonstrator, due to begin flight-testing in Korea next year, to be followed by flight demonstrations in the USA by 2017. The original T-50, along with its variants, was developed via technology transfer from Lockheed Martin with offsets related to South Korea’s large F-16 fleet.