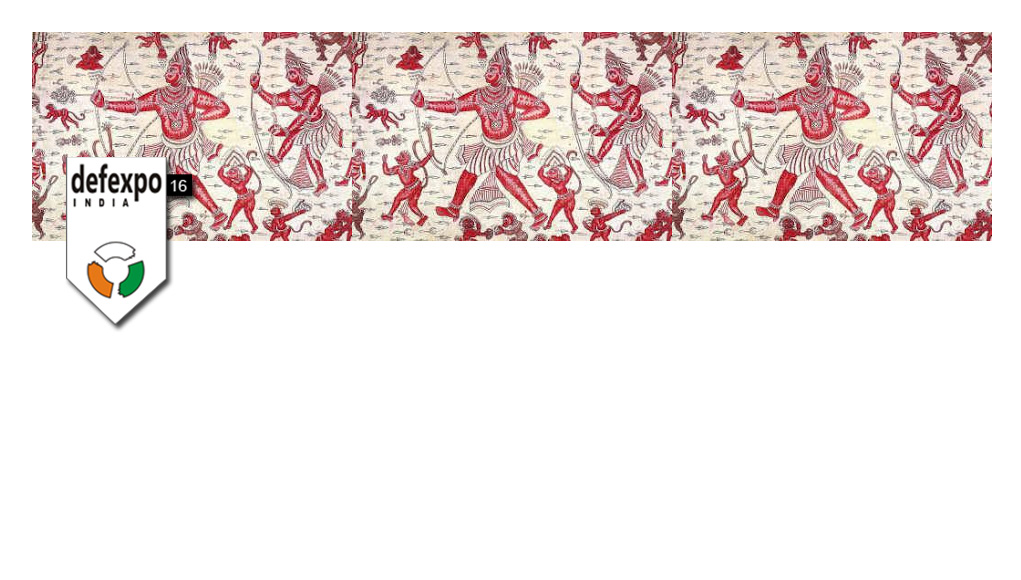 With more than 980 companies and 47 countries registering for the upcoming Defence Expo scheduled next week in Goa, the ninth ‘Defexpo India’ biennial exhibition for Land, Naval and Internal Homeland Security is showing significant growth.

India is among a handful of countries in the world with indigenous capabilities in the defence fields such as multi-level strategic deterrence, ballistic missile defence, nuclear powered submarines, main battle tank, stealth destroyers, aircraft carriers and 4th generation fighter aircraft. With the changes in government policies on defence acquisition and Make in India campaign, considerable impetus is being given to indigenisation in the defence sector.

According to the Ministry, till date 980 companies and 47 countries have registered for participating in the Expo. India will be the largest exhibiting country with 540 exhibitors. The largest international group of exhibitors will come from the USA (94), the Russian Federation (71), UK (46), Germany (39), Israel and France (each is represented by 38 exhibitors). Impressive growth in exhibitors is noted from South Korea (18) and Norway and Italy (16 each) signifying the marketing thrusts these countries are aiming at India. In contrast, the low presence of Spanish companies (only one is registered to exhibit). In total, the number of foreign companies increased 33 percent over defexpo 2014, a total of 490, up from 368 in 2014. The number of Indian doubled from 256 to 510.

Around 950 delegations against 511 in 2014 are expected to visit the exhibition this year providing great synergy in business to business (B2B) activities during the short span of 4 days. The exhibition will thus provide an excellent platform to enhance growth in the sector in the coming years. 204 official delegations from 44 countries and around 750 non official business delegations are attending the show.

The net area sold during this edition is 40725 square meters against 27,515 Square Meters in 2014. The gross area of exhibition has increased over three folds to 150,000 square meters against 45,000 Square Meters in 2014.Secretary (Defence Production) Ministry of Defence, AK Gupta said the success of Defexpo 2016 would not be gauged by the contracts signed, but by how effectively it would provide a business-to-business forum for Indian and foreign companies to tie up partnerships to benefit from the “Make in India” policy.

Underlining the new commitment to “Make in India”, Gupta stated that 90 per cent of the procurement approvals by the National Democratic Alliance government had been accorded under the “Buy Indian” and “Buy & Make (Indian)” procurement categories. He said DPP-2016’s new category of “Indian Designed, Developed and Manufactured” equipment would further add to indigenous production. “My suggestion is that now, the foreign OEMs will have to look towards partners in Indian companies because we will be issuing request for proposals (RFP) to the domestic companies under the new DPP increasingly.” Gupta said, adding that “if OEMs have to supply to the Indian forces, they will have to enter into collaboration with the Indian companies.”

Unlike last event in 2014, there is no bar on blacklisted companies from taking part in the expo. “Debarment is from the point of view of purchase by the Ministry of Defence. They can showcase their products to other countries and enter into collaboration,” Gupta said.

In February 2014, when the DefExpo was held in Delhi, the Defence Ministry had decided to keep 27 Indian and foreign firms, including those facing the CBI inquiries, out of the biennial military exhibition. Director of Defence Exhibition Organisation, Wing Commander MD Singh, confirmed one such company Finmeccanica is participating in the event. Other blacklisted companies such as Rheinmetall Air Defence, Singapore Technology Kinetic or IMI are not be participating.

In 2014, the Defence Ministry had kept AgustaWestland’s parent company Finmeccanica, which was under the scanner over the VVIP chopper scam, out of the show along with its other group companies including Selex, Alenia Aermacchi, Oto Melara and WASS. Finmeccanica was later allowed to participate in Aero India show last year.