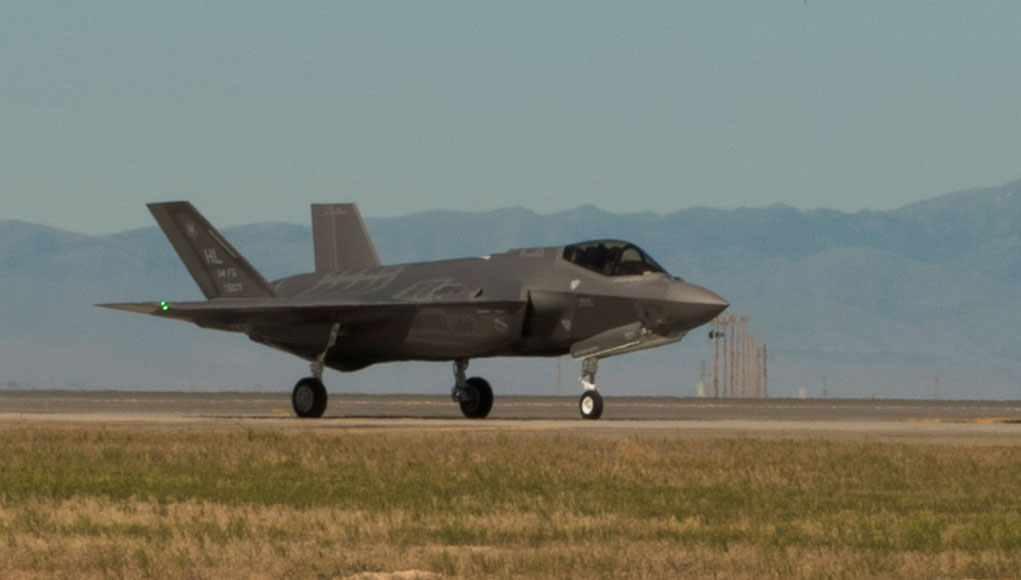 Almost a year after the US Marine Corps declared its F-35B fighter jets operational, the US Air Force Air Combat Command is on track to declare its F-35As’ Initially Operationally Capable’ (IOC). Such a decision could be announced as early as August or as late as December this year. This will be the first step the US Air Combat Command will take in bringing the F-35 online, as the latest fifth-generation multirole fighter. Under this status, the F-35A will be able to penetrate areas with developed air defenses, provide close air support to ground troops and be readily deployable to conflict theaters.

The requirements for IOC were established in 2013, and include a group of 12-24 aircraft with trained and equipped Airman to be ready to conduct basic close air support, interdiction and limited Suppression/Destruction of Enemy Air Defense (SEAD/DEAD) in a contested environment and operating from a deployed location. Preparing for this goal, the US Air Combat Command is likely to meet the minimum of 12 aircraft, Col. David Chace is the F-35 systems management office chief and lead for F-35 operational requirements at Air Combat Command said. “There are currently 12 aircraft available at Hill Air Force Base, Utah. Some of those are going through the last few modifications required to support IOC. We will have additional aircraft in the modification process beginning in August.” Chase said, adding that, depending on the actual IOC date, modifications may be complete on the additional F-35s. “There are no known technical issues today that would prevent us from reaching IOC in our August-December timeframe.” Col. Chace said

Simulating the operation of Lightning II from forward air bases. The deployment was supported by 188 operations and maintenance personnel. The deployment that spanned over 11 days beginning June 6, proved that the aircraft could successfully operate away from its home base against a variety of threats.

“The F-35 recently deployed from Hill to Mountain Home where crews, maintenance, and support personnel conducted a number of missions.” Chase said, “During that deployment, crews attained a 100 percent sortie generation rate with 88 of 88 planned sorties and a 94 percent hit rate with 15 of 16 bombs on target. These numbers provide a positive indication of where we are when it comes to stability and component performance.” Through these flights the F-35s were challenged by F-15E aggressors, but the F-35s managed to complete all their missions with zero losses. The missions included Offensive Counter-Air (OCA), Air Interdiction (AI), Suppression of Enemy Air Defense (SEAD), Defensive Counter-Air (DCA) and Close Air Support (CAS).

Col. Chace confirmed that the weapon range to be cleared for post-IOC phase will be limited to a small part of the ordinance planned for the future use. “At the time we declare IOC we will focus on three mission sets that will concentrate on the number and type of weapons the aircraft can carry. Those weapons include two GBU-31s and two GBU-12s, or two AMRAAMs.” Additional weaponry will be cleared for operational use in the future. Chase added that “We’re looking at delivering the first increment of modernization to the F-35 in late 2020 or early 2021.”

During these missions, the aircraft operated with the most recent 3i software version completed for the IOC. The positive experience with the recent version represented a significant improvement from previous months when pilots reported they had to reboot their systems after system ‘freeze.’

The IOC decision is based on the assessment of many inputs received from units assigned to operational testing and evaluation at Mountain Home Air Force Base, Idaho and Nellis Air Force Base, Nevada and Edwards Air Force Base, California. “We’re looking for the ability to deliver combat power and the instruments that go into supporting that, such as aircraft stability and the capability to generate sorties,” Chase said, adding that testers are also providing feedback on the functionality of the F-35’s Autonomic Logistics Interface System (ALIS) to support the high sortie generation required for operational use.