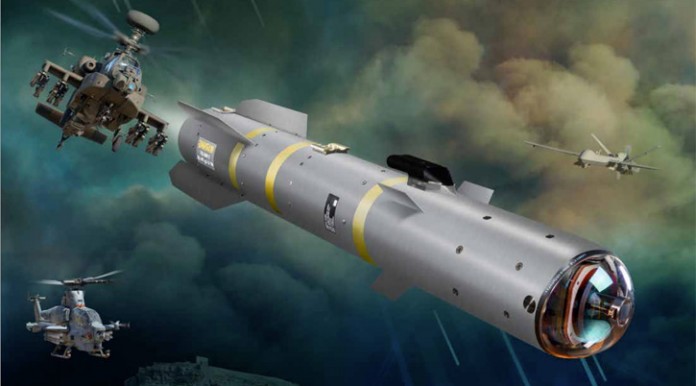 JAGM is a multi-sensor air-to-ground missile that is the successor to the combat-proven HELLFIRE Romeo and HELLFIRE Longbow missiles. Backward compatible with all rotary wing and fixed wing platforms that fire the HELLFIRE family of missiles, JAGM employs a multi-mode guidance section that offers enhanced performance on the battlefield. The multimode seeker combines improved Semi-Active Laser and millimeter wave radar sensors providing precision strike and fire-and-forget capability against stationary and moving land and maritime targets in adverse weather and obscured battlefield conditions.

The recent tests followed comprehensive evaluations of the missile’s hardening against cyber attack after vulnerabilities of the seeker and guidance systems were realized in previous tests last year. According to the manufacturer, those issues were dealt with and the recent tests demonstrated the system’s combat effectiveness and technical maturity. Additionally, the program successfully conducted supplier and prime contractor production readiness reviews establishing the program’s readiness to move into LRIP.