Kazan, Russia – The Tupolev company (part of the United Aircraft Corp.) has rolled out an upgraded version of the Tu-22M (NATO reporting name ‘Backfire’), a supersonic, variable-geometry strike aircraft. Designated Tu-22M3M, the upgraded bomber features updated avionics, navigation, communication and weapon systems improvements. The new avionics improve navigation accuracy and automation on board, thus reducing pilot workload before and during the flight.

The modernization will deal with the obsolescence of the outdated avionics on the Tu-22M, bringing it to the same level as the Tu-160, thus improving spare parts availability. The remaining fleet of Tu-22M operated by the Russian Air Force currently stands around 60 aircraft. It is not clear how many of the aircraft will be modernized to the M3M standard.

It is unclear how many of the Russian air force’s remaining fleet of around 60 Tu-22M3s will be upgraded to M3M standard. According to the company, since the introduction of the Tu-22M in 1989 the Kazan aviation plant has built about 500 such aircraft of different versions.

The modernized aircraft differs from the Tu-22M by the absence of the tail gun position. A new fairing on the nose has been placed, possibly preparing for the integration of a refueling probe. Further upgrades could include the installation of missile pylons that would carry Dagger hypersonic missiles. Each Tu-22M3M will be able to carry four such missiles, compared to a single missile carried by the MiG-31. 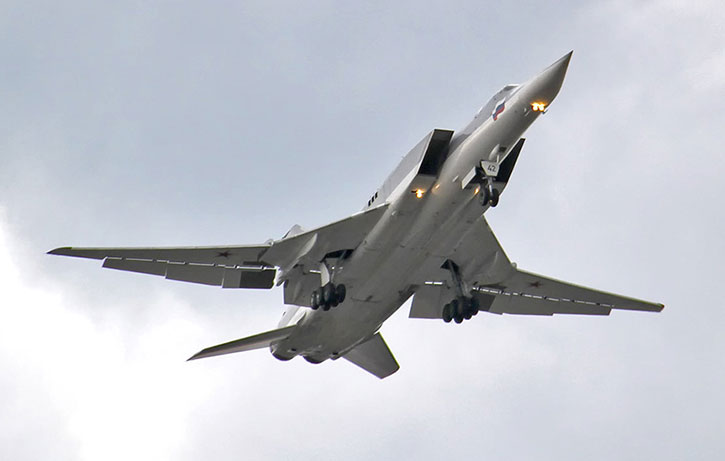