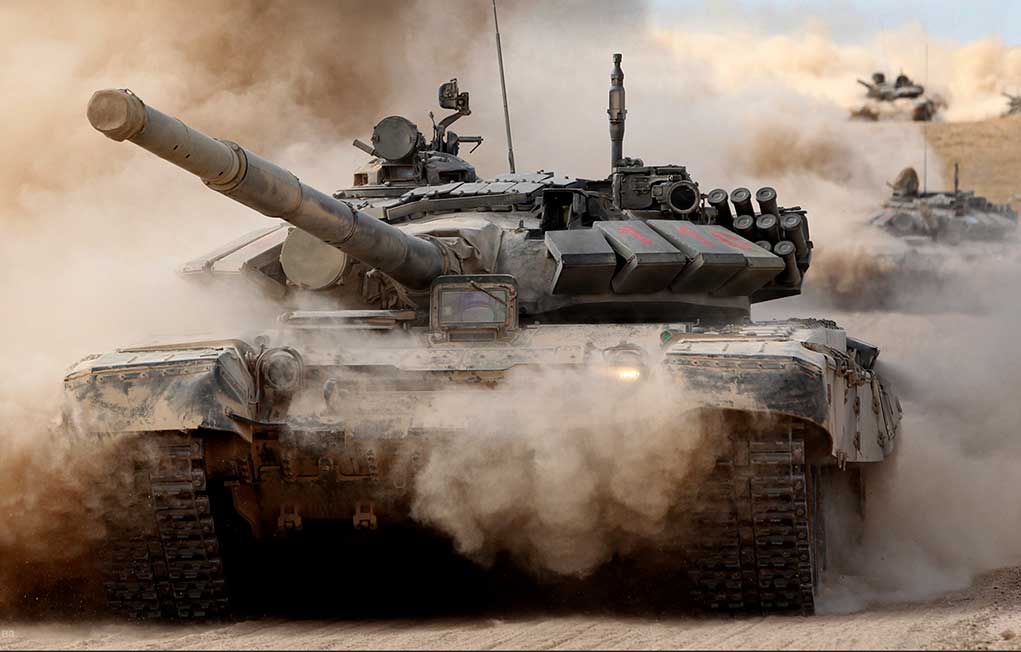 The Russian Ministry of Defense plans an  of an innovative robotic tank formation concept that will enhance the operational capabilities of mechanized formations in urban areas. The ‘Storm’ concept will employ a robotized T-72B3 tank in at least five configurations, to create a semi-autonomous ‘robotic vanguard’, coordinated and controlled by human operators from few kilometers away.

The project is being developed for the Moscow based 3rd Central Research Institute (3rd CRI), by Nizhny Tagil based tank manufacturer UralVagonZavod (UVZ). A proof of concept demonstrator has been completed, to test mobility functions of the robotic tank. The new concept differs from other robotic tanks such as the Uran-9 that gained its first combat experience in Syria, and the ‘wingman’ tank concept evaluated by the US Army, as these platforms were often teleoperated from a control vehicle positioned close to the weaponized robot.

UVZ has implemented a significant amount of automation in the manned version of the T-14 Armata tank and has taken the technology further, to explore an unmanned version of the tank. However, due to the lower cost and availability of platforms, the T-72B3 offers a more affordable robotized tank.

The ‘Storm’ project comprises four types of vehicles – a T-72B3 tank. The unmanned vehicles will employ robotic functions for autonomous mobility, communications, self-protection, and situational awareness, with high-level mission supervision maintained from a distance by remote operators. Each of the robotic vehicles will be equipped with active protection, dozer blade and remotely controlled 7.62 PKTN machine gun, that will provide the vehicle autonomous mission capabilities such as detect enemy actions, defeat anti-tank attacks, overcoming obstacles and return fire for self-defense.

A robotic platoon differs from the use of a single robotic vehicle as such unit operates similarly to a manned tank platoon. In urban operations, where radio communications are severely degraded, as the Russians experienced with their Uran-9 robotic platforms in Syria. The presence of several connected platforms establishes a more robust link to remote controllers while providing mutual coverage and continuity in the face of enemy resistance.

Self-protection should also be automatic, relying on active defense sensors and defeat mechanisms, threat detection, localization and defeat (using active protection and remotely controlled machine guns) can be used. The robotic tanks will also be equipped with means for navigation, and self-orientation to interpret blue-force tracking (BFT) situational pictures to report their status and positions and avoid fratricide. Other functions are likely to be controlled by manned operators.

Mission autonomy could also be employed, to enable tactical moves, such as movement on a route marked by predefined waypoints, and secure or engage enemy designated locations. Other missions could also include deployment of smoke screens in the flanks of the main force.

Optimized for operations in urban terrain the robotic vehicles are equipped with advanced protection (for cost considerations this protection is likely reactive armor), enabling the tank to continue its mission even after absorbing 10-15 from RPGs, mines and improvised explosive charges. Threats of Anti-tank missiles and kinetic tank rounds are less likely in those scenarios. A dozer blade would improve mobility, breach obstacles and shape the terrain to secure positions for the robotics team and the manned elements that will follow.

The robotic squad will comprise four robotic variants, including a 50-ton Main Battle Tank that mounts a 125mm cannon with a truncated barrel, improving the tank’s maneuverability in urban terrain. Other modifications will include a 22-round autoloader. Modern multipurpose high-explosive projectiles with delay fusing, enable such guns to penetrate typical urban targets, like buildings and bunkers protected by concrete and brick walls. The truncated barrel, use of lower charges, and, possibly, reshaping the turret layout, enable designers to increase the 125mm gun elevation up from +14 to +20 degrees, improving the tank’s capability to engage targets above street level.

Another variant designed primarily for close-range fire support is a T-72 chassis loaded with a stack of RPO-2 multi-effect rockets. The RPO-2 also known as Shmel-M or Bumblebee entered service in 2004 as a man-portable weapon. It has seen extensive use in recent combat operations (particularly in Syria) where it was used to clear out the enemy in closed terrain, without having to risk close quarters combat. Shmel-M packs a firepower of a 152mm high-explosive artillery projectile using 3kg of thermobaric filler to create the overwhelming blast effect.

A robotic variant of the Terminator fire support vehicle will use a turret mounting two 2A42 30mm cannons, each loaded with 500 rounds. Unlike the manned Terminator, the robotic fire support vehicle will not use anti-tank missiles but use the RPO-2 thermobaric rockets instead. The twin-gun turret offers gun elevation up to +25 degrees, engaging targets at rooftops and high floors.

A fourth variant will be a robotic version of the TOS-1A, a T-72 chassis mounting a launcher stacking 16 NURS 220mm thermobaric rockets (the same used on the manned TOS-1A vehicle).

The unit will be controlled by a manned mission command vehicle, also utilizing a T-72 heavy APC configuration similar to the current BMO-T flamethrower. This vehicle could be remodeled to accommodate a two men crew and six mission controllers. It will also be fitted with an active protection for improved battlefield survivability. This vehicle is expected to be positioned at a distance up to three kilometers from the leading robotic formation.

The datalink connecting the vehicles and command unit is critical, particularly due to the high level of interference experienced in urban areas. 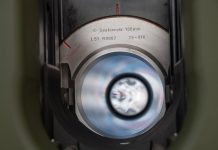