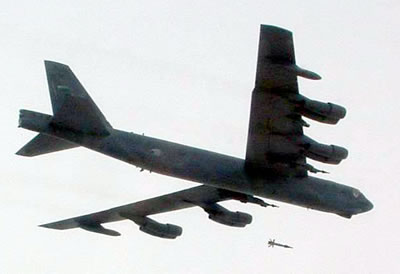 The employment of air support in an urban environment was a new requirement which surfaced during OIF. Successful and effective Close Air Support (CAS) over and in urban area requires direct coordination between air and ground forces, sharing a constantly updated situational picture, efficient target acquisition, designation and handoff techniques and the use of very accurate weapons. As proven during OIF and to a limited extent, during the recent Israeli-Palestinian conflict. The US, British and Israeli air forces realized that the use of conventional high explosive weapons with large explosive yield is often impossible, due to the risk to friendly forces and collateral damage. When smaller warheads were used, they did not create the desired effect and usually did not accomplish the mission. The lack of such precision-guided weapons prevented the US Forces and RAF from providing full support to land forces in urban areas. According to the UK MOD, although RAF aircraft delivered inert 1000lb bombs to minimize collateral damage, these often did not create the desired effect. Air forces are seeking new, specialized smaller weapons, equipped with delay fuses, which are designed to penetrate buildings and bunkers, and localize the effect inside the specific target, while avoiding risk to friendly forces or collateral damage.

Engagement of mobile targets is another issue preventing the use of precision weapons in effective close air support. The majority of land forces plot target positions on maps, rather than using Global Positioning Systems (GPS) satellite equipment. Furthermore, due to the delay in transferring target positions from a ground unit to the airborne platform launching Precision Guided Munitions (PGM), GPS coordinates of mobile targets outdate before the weapon can reach the target. Therefore, efficient targeting loop (sensor-to-shooter) which includes effective battle-damage assessment (BDA) and laser designation for semi-active laser guided weapons are the preferred means of engagements in CAS environment, as the weapon is homing on the laser spot marked by the ground unit. A different target verification and “man in the loop” control can also be utilized with electro-optically guided weapons, such as Spike LR/ER fiber-optical guided missile which provides a clear view of the target and aimpoint until the second of impact therefore enabling effective control of the weapon in all conditions. When GPS guidance is required, due to weather conditions and availability, pilots must reconfirm mobile targets by sight before committing to an attack, and are assisted by targeting pods which provide the necessary geotargeting support. Pods such as such as Lantirn, Litening, Pantera or TILAD are providing these features. Under such circumstances, the situational picture as it is viewed from the air may differ from its ground view, resulting in a greater risk of fratricide is growing. In order to share a common view of the target, pictures generated by the targeting pod can be sent to the supported ground units for final target verification. Targeting pods are not yet equipped with such data-links, but current aerial communications networks do support fast data transfers. With expansion of their bandwidth, ground communications nodes could be integrated to support shared views of sensor data.

Laser guided weapons can also be used effectively in urban terrain, however, due to many “dead angles” which may limit line of sight, Ground designation will be effective for vertical targets (doors and windows in buildings), while UAVs or other aerial platforms can take advantage from unobstructed view of the scene. UAVs and airborne designators become very efficient when engaging moving cars, which can be hidden from ground observers behind other vehicles, buildings or trees. Airborne designators can also designate combatants hidden behind walled patios or in orchards, etc. However, due to their high aspect angle, they can be limited in the targeting of vertical surfaces, such as windows or doors. 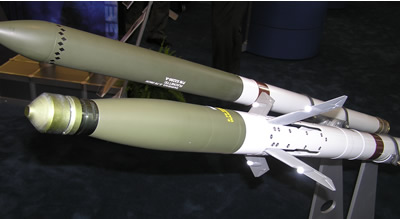 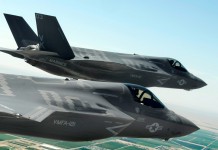